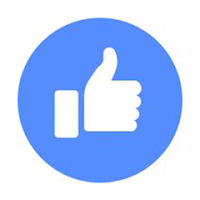 Over on The Facebook, one of my friends there, Rachelle Jones, had a great idea. I thought it was great, anyway. You could check it out, but you'd have to be a friend of hers on The Facebook to read her post. So I'll tell you what she wrote. I'm sure she won't mind.

Why I never thought of that, I have no idea. Anyway, I did it, adding Jill Stein to the mix. And here's how it came out. Some liked more than one, which complicated things. So I have two ways of showing the results:

Now, I'm trying to imagine someone liking both Hillary and Trump ... unless they're a chronic liker. I'm not really surprised that Trump and Johnson had the most page likes of the people I know on The Facebook. The likes for Hillary, though? Yeah, I was kinda surprised when I found out who liked Hillary.

Of course, most of my friends on The Facebook didn't like any of them. They probably have the right idea.