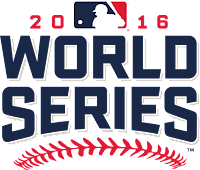 I've never been to a World Series game. I've not had a lot of opportunities to go, since I don't live near any teams that actually play in the Series. Well, often, anyway.

I've established before that I like baseball. A lot. But to go to a World Series game, I'd only pay to go if it was a team I followed. And that's the Braves. Now, to be sure, the Braves have been to the World Series. Both trips while in Boston were before I was born. One Milwaukee trip was before I was born and the other was a few months after I was born. Of course, I wasn't following baseball that year, and if I had been, I wouldn't have cared if a team from Milwaukee went or not. I'd have probably been following the Cardinals or the Reds. Most people from Georgia followed one of those teams before the Braves moved to Atlanta.

Anyhow, when the Atlanta Braves made it to the World Series, it just wasn't financially feasible to go. I couldn't afford it. So, I've never been to a World Series game.

Either way it works out, it'll be a big deal. Even before it started, though, it's a big deal for Jim Schlegal, a World War II vet who attended the Cubs' last series (a 4 games to 3 loss to Detroit) in 1945. CBS Sports reports that someone heard about family attempts to raise money to send him to a game and made it happen:


CNBC host Marcus Lemonis has given Schlegal two tickets. So Schlegal will get to see another World Series in Wrigley Field, 71 years after he saw his first one.

The series moves to Chicago tonight, and Schlegal will get to see his Cubs play. Good on all the parties involved in making that vet's dream come true.

I'd like to see blog buddy Don Surber celebrate a Cleveland victory, since I don't have a dog in the fight. But if the Cubs win and a World War II veteran gets to see his life-long team celebrate, I'm okay with that.
By Basil at 10/28/2016 03:42:00 PM