Why wait till the election to start rigging things? 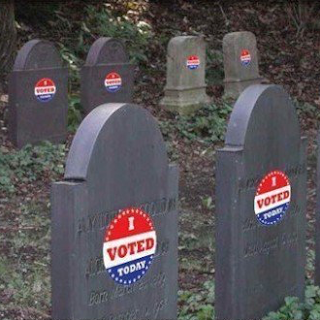 A lot of people seem to be getting their panties in a wad about the possibility -- check that -- the likelihood of vote fraud in the upcoming election. What these people seem to not realize is that it's already begun. At least, I think it has. And, I suspect you know it, too, whether or not you think much about it.

Isaac Schrodinger was one of the ones pointing out that the polls are all conflicting:

Of course, they both can't be correct. It's likely that they're both wrong.

So, what's the truth?

The truth is, I think, that if enough polls showing Hillary in the lead make that the expectation, then one of two things will happen:
What evidence do I have? Well, what evidence would satisfy you? Obviously you don't recall those same arguments in elections in the past. Not wide-spread, but they were there?

Didn't see or hear those? Maybe you weren't paying attention.

The polls are rigged. Many of them, any way. And that's important in perception, because people put a lot of faith in polls.

An honest, scientifically accurate poll will give a good indication of how things stand at a point in time.

Email ThisBlogThis!Share to TwitterShare to FacebookShare to Pinterest
Labels: 2016, Election