A bunch of folks are getting their panties in a wad over a picture being circulated that shows Senator Barack Hussein Obama (D-IL) in Somali garb. 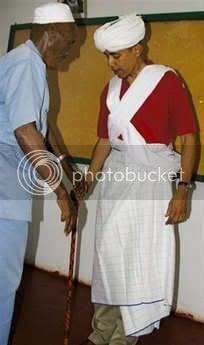 And, Drudge reports that New York Senator Hillary Diane Rodham Clinton (D-IL,AR,DC,NY) ... or actually, some of her staff ... are behind it.

Obama has denounced it. And some are calling it the last act of a desperate candidate. Well, like the guy in Blazing Saddles said, "I don't care if it's the first act of Henry V." 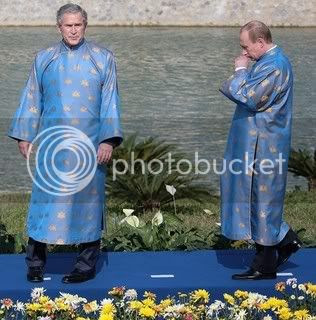 But it goes both ways.