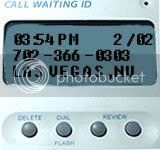 ... calling to ask for your vote in Tuesday's election for President here in Alabama.

Well, you know I was supporting Fred Thompson and ...

This election isn't about me, it's about we.

Why are you calling me from Las Vegas?

The future of the conservative movement and the direction that our nation takes depends on the choice that you make.

And when it comes to authenticity, conviction, and proven leadership on the fundamental issues that we conservatives care so deeply about, the choice is clear.

Yeah, Fred Thompson, but he dropped ...

I strongly support a federal life amendment and as Governor passesd a marriage amendment to our state's constitution.

But conservatives don't monkey around with the Constitution ...

I cut taxes 94 times and balanced the budget every year I was Governor for 10½ years.

And as President, I'll provide the leadership to pass federal marriage and life amendments and fight for the values of Alabama people.

You know I'm from Georgia, right?

On Day One, I'll never sacrifice our principles for anybody's politics. Not now and not ever.

This is Mike Huckabee and I'll appreciate your vote.

Paid for by the Huckabee for President Campaign.
click

It was Mike Huckabee.

I thought you were voting for Fred Thompson.

Well, I was. But he dropped out.

So, what did Mike Huckabee want?

He wants me to vote for him.

Yeah, you Baptists stick together, don't you?

I didn't vote for Bill Clinton. Or Al Gore. So there. 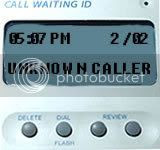 Hi, this is Senator John McCain.

And I'm calling today to personally ask for your vote and make a pledge to you.

Well, I was supporting Fred Thompson before...

As your President, I promise to lead our nation and our party as a Ronald Reagan conservative.

I'll lower your taxes, veto wasteful government spending, and make sure our party returns to the smaller government principles on which it began.

Huckabee's a preacher and you get religion?

I'll secure our border first before pursuing any other immigration reform.

Can I just get you to secure my phone line instead?

You didn't answer about...

I will protect the sanctity of life and have a 24-year record to prove it.

Are you even listening to me?

This is my commitment to you.

Consider our greatest challenge as a nation is to defeat a relentless enemy: radical Islamic extremists.

My life experience has prepared me better than any other candidate to defeat this enemy.

We and and will win this war.

I think it's John McCain.

Again, this is John McCain. 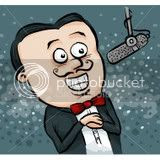 Hey, put Senator McCain back on the phone. I had a question for him. Hello? Hello?

He just wanted to talk.