You may not be aware, but the Winter Olympics are still underway.

Apparently, there's more than Curling going on. There's also skiing. Not water skiing, but skiing on snow. And there's a lot of that. And, there's Bobsleigh. Some calls it Bobsledding. The Olympics call it Bobsleigh.

In preparation, we're offering another primer on Olympic events. So, with a little Help! from our friends, we'll explain the four-man bobsleigh competition. 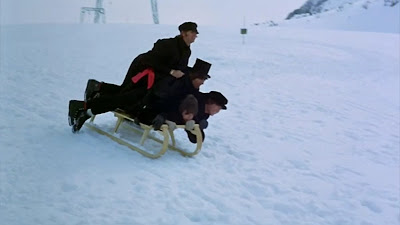 Each team consists of four men, stacked like cordwood atop a sled. One wears a top hat. 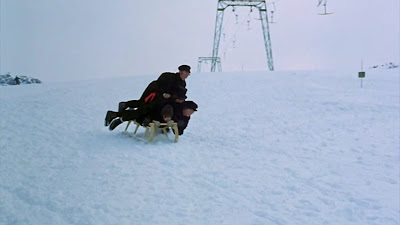 The team must navigate down a hill of snow, all together. 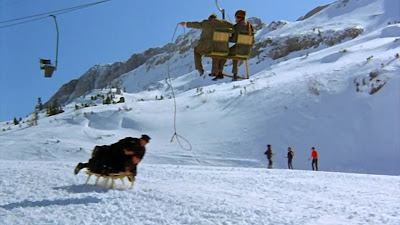 It is permissible within the rules to lighten the load, allowing the team to increase speed, if you can ring the lasso of the Overhead Mad Scientists with the foot of the man on top. 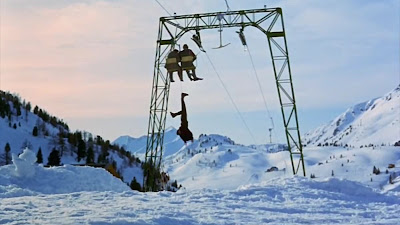 If successful, the top man dangles overhead, allowing the other three to pick up speed. 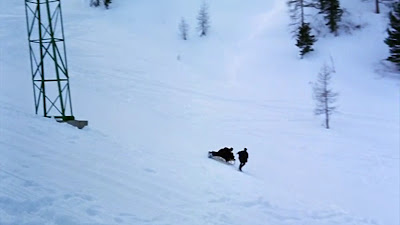 When the rope breaks, he rejoins the others on the sled... 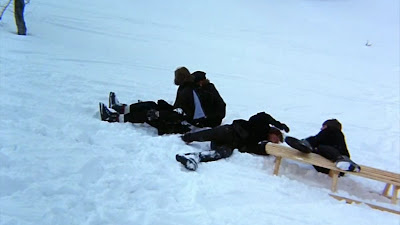 ...and they continue downhill until they fall over. 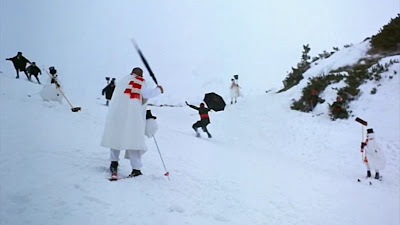 When that happens, they mount skis, and finish the course by avoiding umbrella-carrying snowmen. 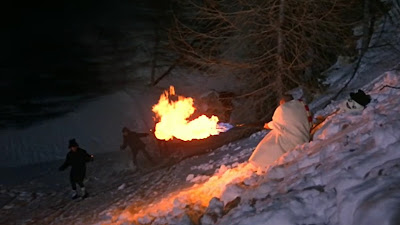 As they approach the end of the course, the lead snowman, with an umbrella flamethrower... 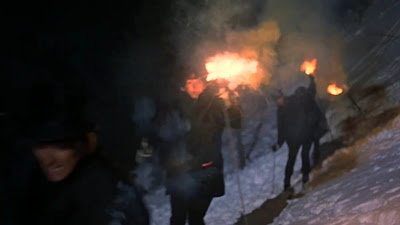 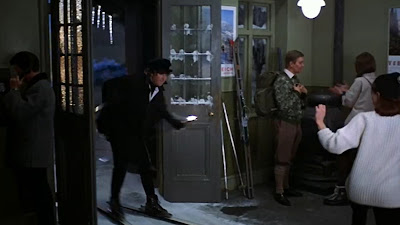 The team then reaches the end of the course, and orders a ticket to London. First team to Heathrow wins.