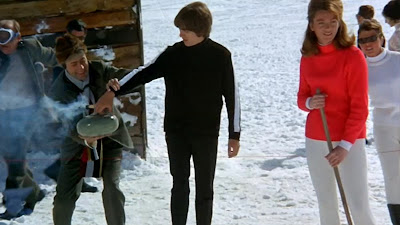 Play begins when the team's Mad Scientist -- don't let these technical terms confuse you, just follow along -- hands the next player (called the "Lead Guitarist") the Fiendish Thingy. 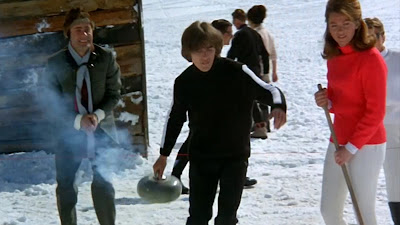 The Lead Guitarist takes the Fiendish Thingy and runs forward... 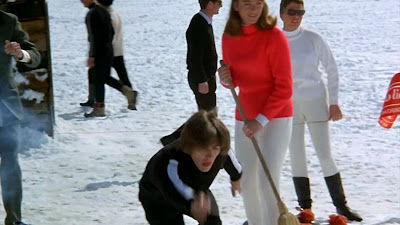 ... then slides it down the ice toward the other players. The goal is to knock over the player with the French-looking shirt (called the "Drummer"). 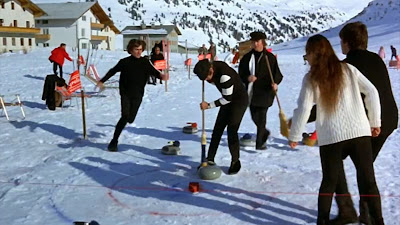 If the Lead Guitarist fails to knock over the Drummer, he and another player (called the "Lead Singer") tackle the Drummer... 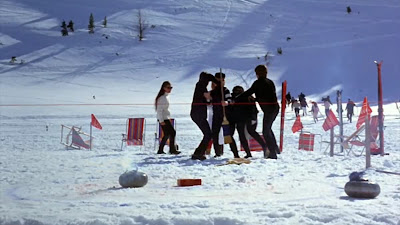 ... dragging him across a red line to where another player (called the "Bass Player") is positioned. 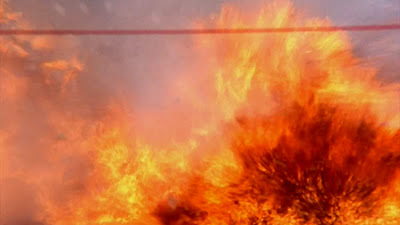 The Fiendish Thingy then blows up... 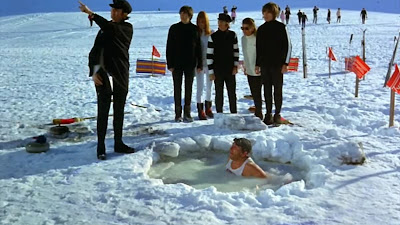 ... at which time the team locates the White Cliffs of Dover. First one there wins.