The Columbus Catfish lost a pair of games today because of the weather.

And it wasn't raining.

Yes, it rained earlier in the day. But it wasn't raining this afternoon.

And, because of the condition of the field, they couldn't play baseball.

The outfield was a mess. Water was standing in places, and flowing in others. 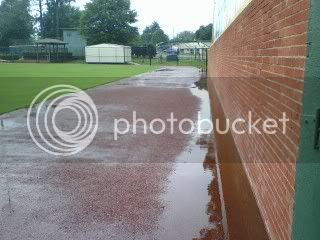 Which is not uncommon for Golden Park. It drains poorly. Has for years.

The shallow part of the outfield is often okay. In fact, the Catfish players were able to get in a practice despite the condition of the field. 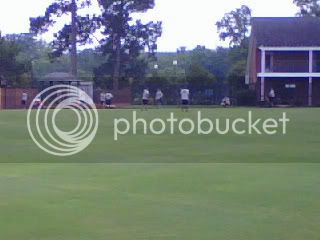 Infield practice, too. The infield is usually in pretty good condition, since the grounds crew usually gets the infield covered quickly. 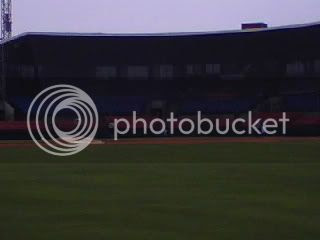 The problem, though, is the deep outfield. It doesn't drain well, and when games are called on account of the field conditions, it's that part of the field that's in an unplayable condition.

So, the Catfish lost a couple of games. Saturday night's game went nearly 2 innings before the rains came.

And the conclusion on Sunday, plus the regular scheduled Sunday game, are gone now. Well, not exactly gone. They'll play those games in Charleston, since the RiverDogs won't be back to Columbus.

The Catfish get to play the games. But not in Columbus.