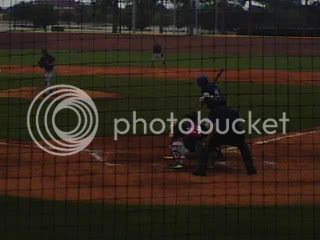 The Columbus Catfish fell behind by 5 runs, but fought back, only to lose by a run with the tying run in scoring position.

The loss to the Greenville Drive (Red Sox) meant another sweep, and the 10th straight loss by the Catfish, 7-6 this afternoon.

Being down 6-1, the Catfish did not give up and would score in the next 4 frames. In the bottom of the 6th, Sexton drove in Jackson Brennan, who had doubled to lead-off the inning, with a single to center field. In the bottom of the 7th, Mike McCormick connected on his 3rd home run of the year to make it 6-3. The Catfish would make it a 6-5 game in the 8th, when Reid Fronk doubled home Brennan and Fronk moved to 3rd on a wild pitch and scored on a passed ball.

In the 9th, Greenville picked up what turned out to be a huge insurance run when Negron's single to center scored Tejeda. Columbus would get one more when James Mayer's groundout to second base scored Henry Wrigley, who had tripled to lead-off the inning.

Brian Flores took the loss, dropping to 4-3. Fronk, Sexton, and McCormick has 2 hits each for the Catfish.

Following their 2nd straight sweep, the Catfish look to get untracked against Savannah, who come to town Monday to open a 4-game series.
By Basil at 6/01/2008 02:26:00 PM