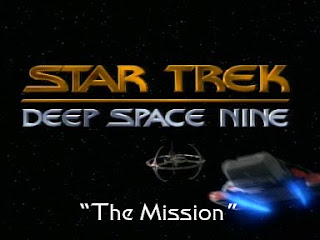 We just received a communique from Star Fleet.

Um, you're not going to believe this, Commander, but... 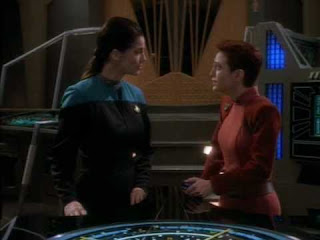 Let me tell him, Nerys.

Somebody tell me already!

Well, this war with the Dominion is a rough fight. We're going to have to make changes from time to time...

Sir, this change is ... unsettling.

So, what's the change. Are they moving the Defiant to another location? Are we not heading back into the Gamma Quadrant? A suicide mission to Cardassia Prime? What is it?

The Federation president has changed to the primary mission of Star Fleet to ...

Sir, our primary mission is now ... outreach to the Jem'Hadar.

Outreach to the Jem'Hadar, Benjamin.

Outreach to the Jem'Hadar? The very ones who have attacked us, killed us, fought for our destruction? That Jem'Hadar?

The Federation president says it will improve relationships by focusing on Jem'Hadar outreach instead of Star Fleet's traditional role of exploring strange new worlds, seeking out new life and new civilizatons...

I'm familiar with our mission, Major.

No, this isn't right. There's no way that the Federation president would issue such an order. The United Federation of Planets would never allow such stupidity from its president.

It's true, Benjamin. We've confirmed it.

Well, we'll begin making initial preparations for this, but I can't believe it'll stand. We'll keep current mission plans in reserve, ready to revert to them when the Federation comes to its senses.

Why would the president do such an asinine thing?

I don't know, Commander. But I imagine some in Section 31 will say it's because his middle name is "Weyoun."

Email ThisBlogThis!Share to TwitterShare to FacebookShare to Pinterest
Labels: Storyboards