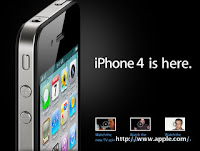 That whole iPhone 4 signal issue? They figured out what the problem is. And, yes, there was a problem.


Upon investigation, we were stunned to find that the formula we use to calculate how many bars of signal strength to display is totally wrong. Our formula, in many instances, mistakenly displays 2 more bars than it should for a given signal strength. For example, we sometimes display 4 bars when we should be displaying as few as 2 bars. Users observing a drop of several bars when they grip their iPhone in a certain way are most likely in an area with very weak signal strength, but they don’t know it because we are erroneously displaying 4 or 5 bars. Their big drop in bars is because their high bars were never real in the first place.

To fix this, we are adopting AT&T’s recently recommended formula for calculating how many bars to display for a given signal strength. The real signal strength remains the same, but the iPhone’s bars will report it far more accurately, providing users a much better indication of the reception they will get in a given area. We are also making bars 1, 2 and 3 a bit taller so they will be easier to see.

Steve Jobs first response was "Non issue. Just avoid holding it in that way." Really. Then, Apple admitted there was an issue.

Now, it's not an issue again. Not with the iPhone 4, anyway. Just with every iPhone ever sold before the iPhone 4.

Apple is saying that their phones sucked all along. Now, they're fixing the software on their phones so you can tell just how bad they suck.