Since the Catfish were out of town last night ... getting rained out in Savannah ... I went to Albany to watch a baseball game.

And I found out that, in Albany, like in many other places, signs are just suggestions for some people.

Why would I say that? 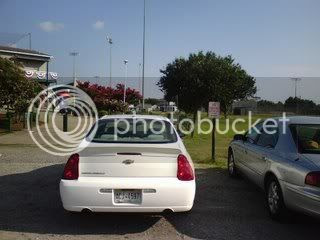 Okay, I can't hold back.

What is it about some people that they just can't park?

Can they not read the signs?

Or is it that they think that the signs don't apply to them?

These are the kinds of folks that, if they are ticketed, will complain that the police should be doing more productive things than giving them a ticket.

Well, I think giving asses that drive and park like the rules don't apply to them is one of the most productive things folks can do.

Which reminds me of a story.

For now, I'll just say that some people seem to go out of their way to invite trouble. And it's often gratifying to see that trouble will often accept the invitation.
By Basil at 7/03/2007 03:25:00 AM

Email ThisBlogThis!Share to TwitterShare to FacebookShare to Pinterest
Labels: Venting