There have been news reports recently of letters to the editor in many newspapers all across the nation ... signed by Ellie Light.

All claimed to be local, meaning that either Ellie Light had homes in over a dozen states, or there are lots of people named Ellie Light, and they all think -- and write -- exactly alike.

"Astroturfing" was the suspicion. "Sock puppets" was the charge.

As it turns out, we have located Ellie Light. And there are many Ellie Lights. Here's a transcript of our exclusive interview:

Thank you, Ellie, for taking the time to talk with us.

There have been charges that you are actually a front for members of the Obama administration. What do you say to that?

That's ridiculous! I am a red-blooded American male, uh, woman, who loves his country and supports the greatest, smartest, bestest person ever elected to the presidency, Barack J. Obama.

Um, hmmm, ah. Well, Ellie, how do you explain that you've signed letters claiming to live in different cities across America?

I have no idea what you're talking about. I live in Cleveland, and have always lived in Cleveland. I don't know anything about anyone named Ellie Light in Philadelphia.

I didn't say anything about Philadelphia.

Yes you did. But I didn't write that. 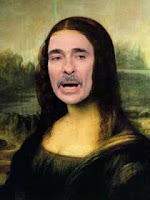 I'm Ellie Light. I live in Philadelphia. Have my whole life. And I support Barack Obama. He's so smart, sexy, and manly -- and he's such a great president!

So, there are two of you named Ellie Light? 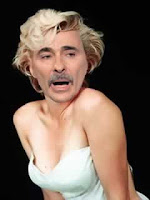 Just how many of you are there?