It seems the Democrats have learned nothing from recent election results. Good. I like where this is going.

I never watched The Jay Leno Show, nor The Tonight Show with Conan O'Brien. Until the last couple of weeks. And that's just to see the jokes at NBC's expense. However, I'm not the only one. Conan's ratings are nearly three times Letterman's. What does this mean? It's proof that they should have fired Conan months ago.

The other day, I joked that I wanted Obama to campaign for Harry Reid in Nevada. And that the GOP would pay the costs. Well, whaddayaknow! Roll Call reports that Obama Will Travel to Nevada for Reid Next Month. To which I say, "Thank you, thank you, thank you!"

Warner Todd Huston has a report of your tax dollars being used to attack your country.

If anyone doesn't understand why I think Ron Paul is nuts -- as are his supporters -- you ought to read this: He says the CIA has stages a coup and is running everything. [Tip: Purple Avenger at Ace of Spades HQ]

In the ATL, they want to play Whiteyball!

Did you hear? Air America is off the air. I didn't know it was ever on the air.

From the Twitter: Depressed over not working, another #LOST cast member gets a DUI. 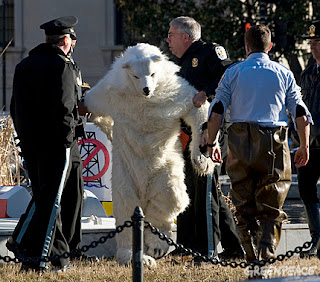