Some people are asses when they get behind the wheel of a truck. But actually, when someone's an ass while in a truck, they're an ass when they're out of the truck.

Like the big ass that parked his truck in such a way yesterday that it was difficult for other drivers.

In a parking garage I often use, the parking includes parking along the outside wall.

And, at the end of a row along the outside wall, there is the corner. And then parking along the next wall. 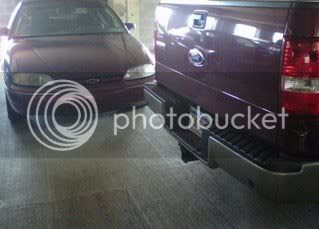 He was pulled all the way forward. The front of his truck was as far forward as it could be.

And this big ass Ford truck driver had blocked my Chevrolet in. 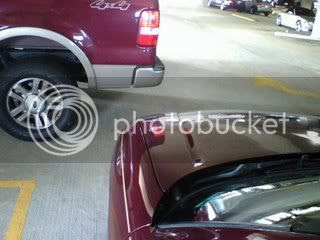 Now, to be honest, there was a little bit of space where I could move.

But, if you notice, his back wheel is not entirely in his space.

And my car is entirely within its space.

He's not concerned with anyone other than himself.

Now, for full disclosure, the Wife has a large Ford truck. But rest assured, neither she nor I -- yes, I drive it, too -- park like that big ass does. You know, a little thing called consideration.

I was worried that I would have to wait on him to move his truck before I could leave. Or the vehicle parked next to me, that was parked correctly, so I could violate that space in working my way out of the space. 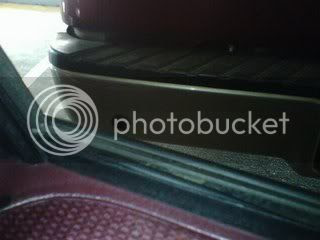 But, there was enough room for me to pull out. Barely.

And only because I have the habit of backing into a space. Had I pulled forward into the space, I'm not sure I could have navigated out of it safely.

But then, again, his truck was the same color as my car.

So, had we traded paint, it would have been barely noticeable.

I wonder if he reads this, if he'll continue to park like he does. Perhaps so.

But what if he finds out that my car is paid for ... while his truck likely still has payments left on it.

And that we've been planning to replace it later this year.

Another scratch or two here and there won't make much difference.