Cubs win ... but we were at the White Sox game

While on vacation in Chicago, I just couldn't resist going to a baseball game.

The second-oldest professional baseball team resides in Chicago: the Cubs, who have played since the founding of the National League in 1876. Of course, they were the original Chicago White Sox (actually, the Chicago White Stockings), before becoming the Colts (1890), and then the Cubs (1906).

Only, the Cubs are out of town.

But, the White Sox (the minor league team from the Western League that became a major league team in 1901) were in town. So, we caught a game at Comiskey Park.

We had a good view of the field.

Which can be seen from way up high. 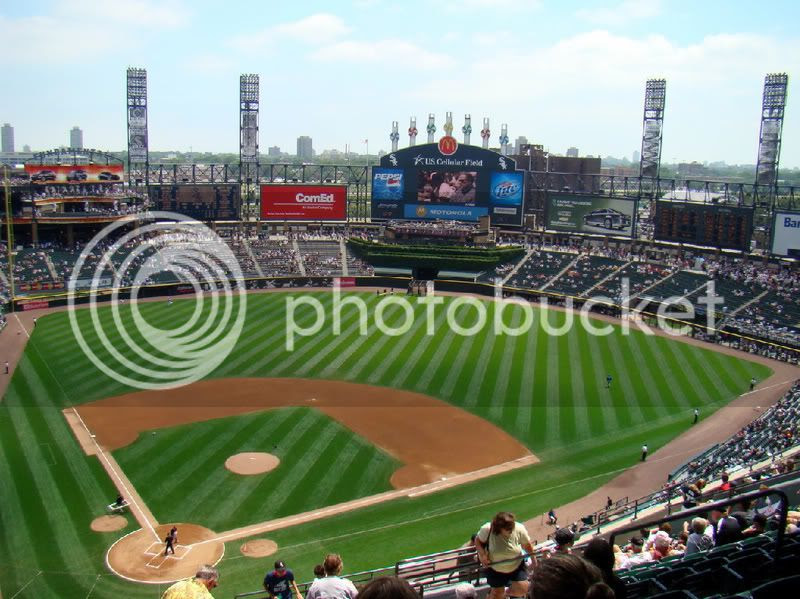 We were so high up, that when we looked over the edge of the stadium, we saw the tops of other buildings. 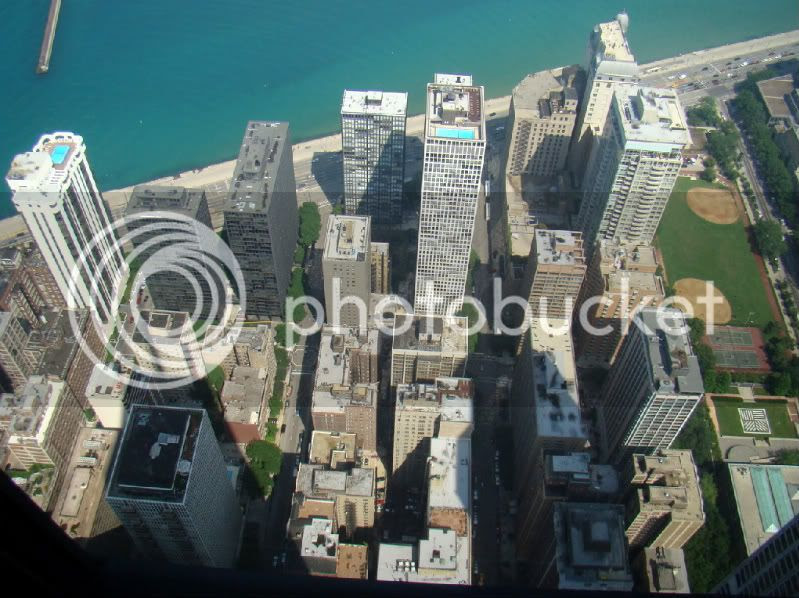 Okay, okay. That's not a picture from the top of US Cellular Field/New Comiskey Park. It's actually from the Hancock Observatory, on the 94th floor of the Hancock Center.

Still, our seats at the ball game were pretty high up.

But we did get to see some action. Some good, some not so good.

Before the game, the White Sox unveiled a statue honoring Harold Baines, who had his number retired by the Sox several years ago. 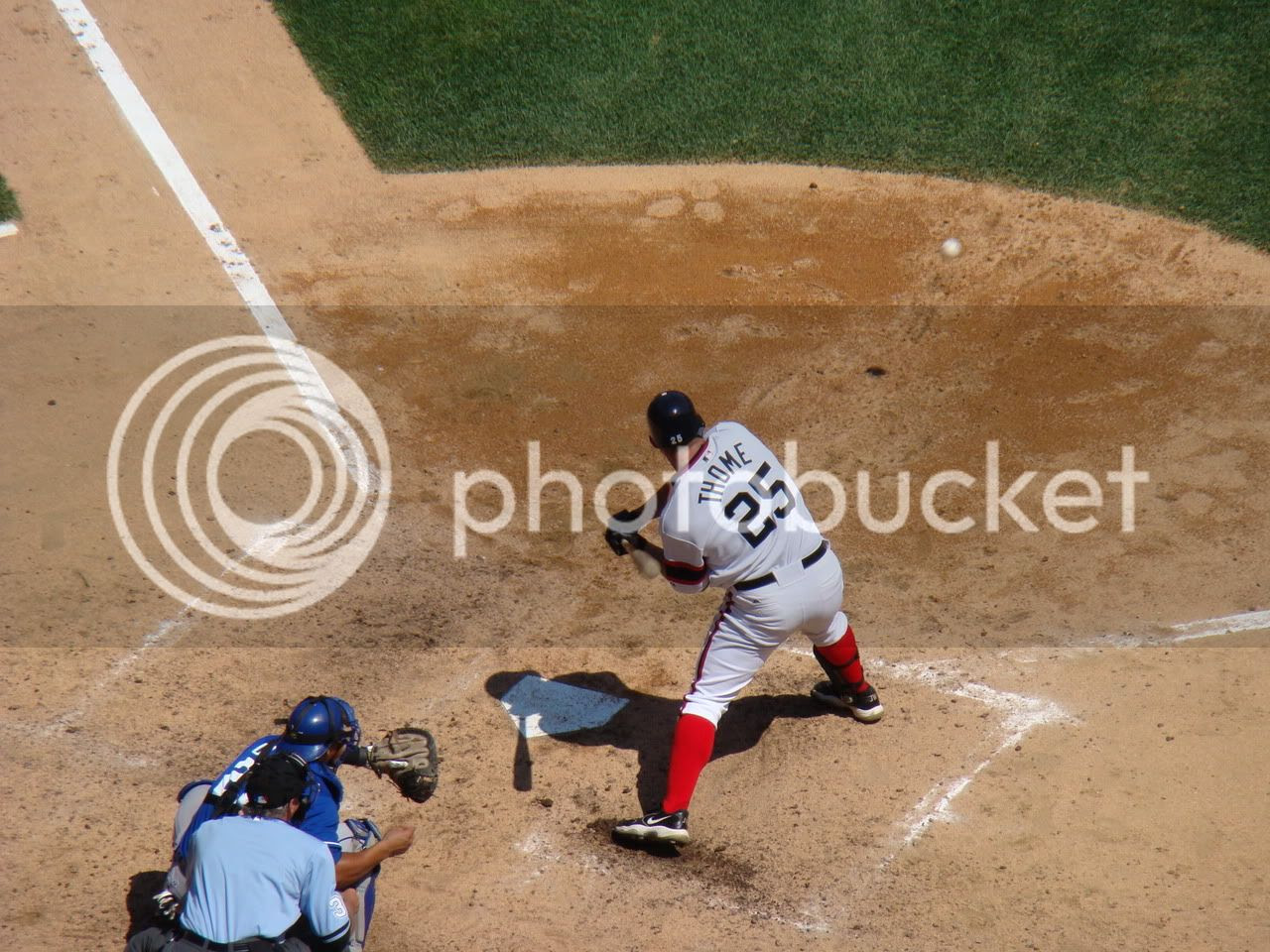 Among the good, was witnessing Jim Thome get his 2000th career hit, a double to the corner in left field.

Yes, 18 active players have more career hits. As do 251 players overall. But, considering how many players have played the game since 1876 (the earliest "official" records), that's not a slight accomplishment.

But not all was well for the White Sox. They lost Jermaine Dye in the 4th inning when he was hit by a pitch.

Oh, and, unlike their cross-town rivals, the Cubs, the White Sox lost on Sunday.

The Cubs won their game in Houston.

Despite the loss, the White Sox kept their lead in the AL Central. And with the Cubs winning to stay up on St. Louis in the NL Central, Chicago has two teams in first place.

Anyway, now that I've been to a White Sox home game, I've now been to games in Chicago and Atlanta.

Only 28 more teams to visit.

The Wife is all excited over that.