Went to the Jimmy Buffett concert at Alpine Valley, in Wisconsin, last night.

A few years ago, The Wife promised to take me to see Buffett in concert for my 50th birthday.

She meant actually on my birthday.

So, when she found out he was in East Troy, Wisconsin, on the day I turned two quarters of a century old, she got tickets. And we flew to Wisconsin.

Actually, to Chicago, then drove to Alpine Valley, which isn't all that far away. 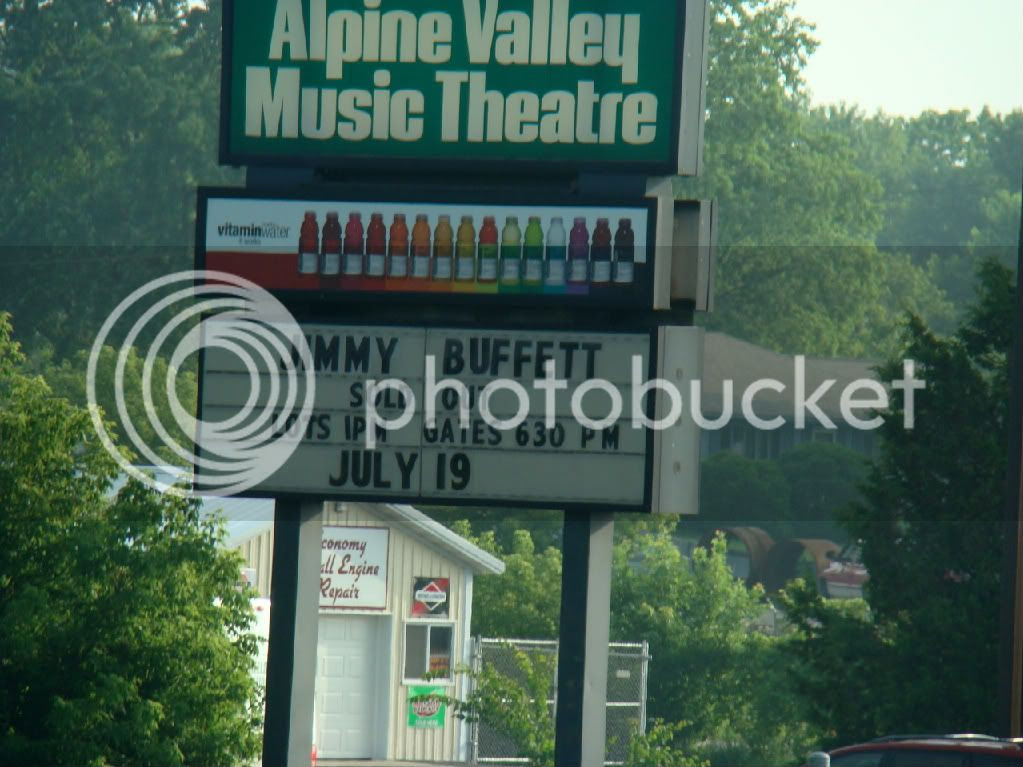 It was my first Jimmy Buffett concert. So, I wasn't sure what to expect.

Okay, I did know what to expect. I mean, it's a Jimmy Buffett concert.

First, it was sold out. Naturally.

But, since she got tickets the day they went on sale back in March, we had tickets.

The weather was a concern.

As we made out way through Chicago after landing, it was raining.

It rained all the way to the hotel.

It rained after we go to the hotel.

But, when we got ready to leave for the concert, it had stopped raining.

There were some wet roads, particularly after we made it to the concert site. After pulling off the paved road, we worked our way across the dirt roads at a slow crawl, stopping every so often while someone jumped out of the car ahead and got another drink from the cooler in the trunk. 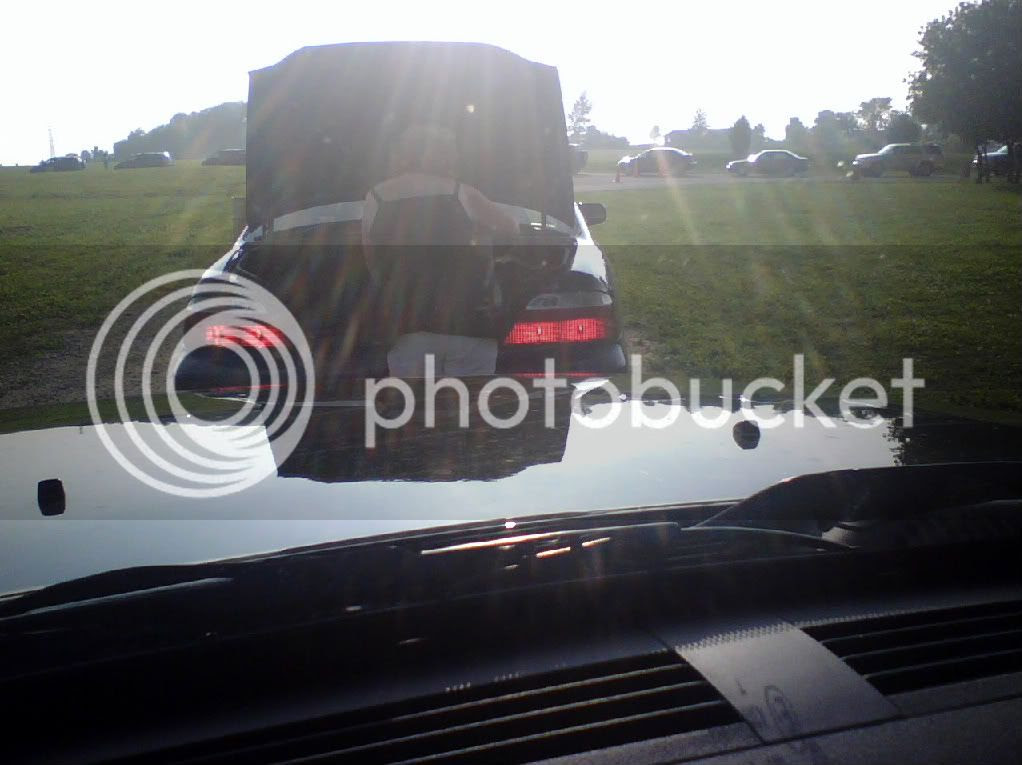 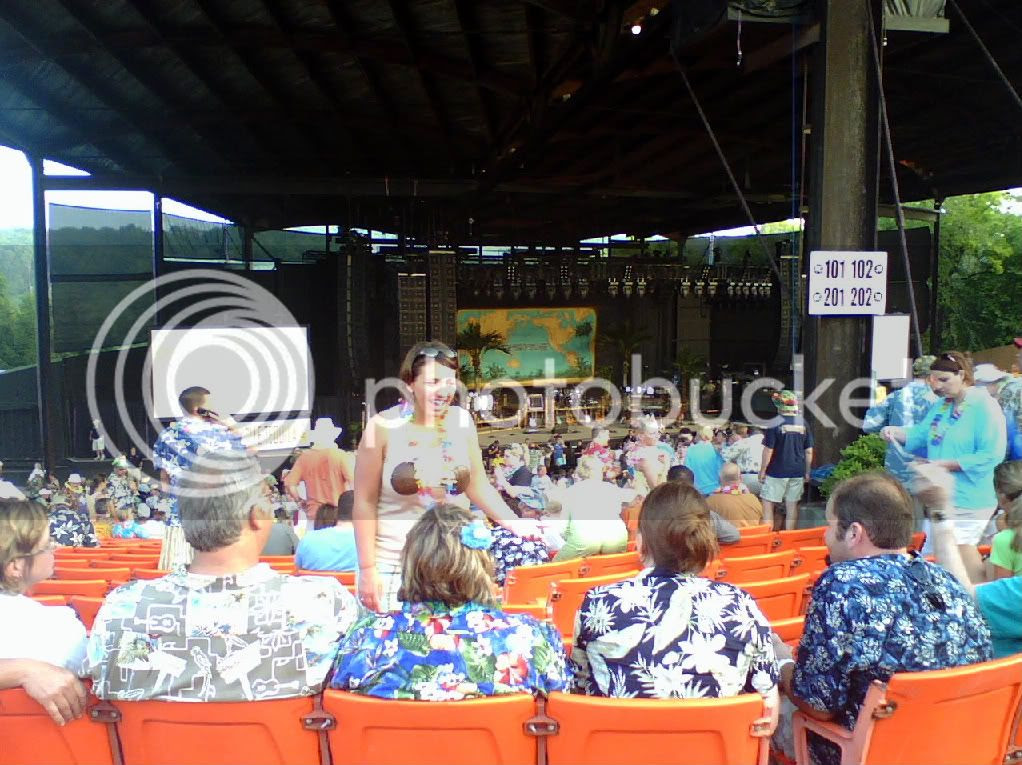 While it seemed we were far away from the stage -- and there was only one row of seats behind us -- there were others that were even further away. 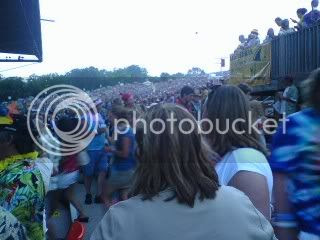 While waiting for the show, I noticed that it seemed to be popular with several men to wear bikini tops. We saw one fellow dressed in a grass skirt and bikini top and thought, "Well, isn't it cute what damaged brain cells will cause one to do?"

Apparently, it's the thing to do at a Jimmy Buffett concert. And I went and left mine at home.

But, I did notice that some guys who ought to be wearing a bathing suit top ... weren't wearing one.

Not a pretty site.

But, it wasn't just the guys.

Lots of folks weren't dressed right. And by "not dressed right," I mean they could have worn something a little different and spared others. Oh, I'm not talking about wearing your Sunday best.

No, I'm thinking of the woman who walked by wearing a ... well, it wasn't a bikini top. I'm not quite sure what it was. Sort of a halter top. But it had lots of cloth. Lots and lots of cloth.

Yes, it covered everything it needed to cover. Just didn't support it all very well.

Let's just say, I know why Wisconsin is called "America's Dairyland." And I hope she didn't get bruises on her knees from all the pounding they took as she walked.

Not that I'm any prize to look at. I certainly know better. But I wasn't one of those 60-somethings ... or maybe they were 70-somethings ... that were singing along with "You Shook Me All Night Long" as they sound system prepared the crowd for the concert.

Soon enough, though, the concert started. The crowd was certainly ready for Jimmy Buffett. Lots of drinking and smoking ... including smoking tobacco, believe it or not ... and partying and such.

I was worried about the couple next to us.

Early on, she spilled some beer on my knee and thigh. Which is to be expected. Her wiping it off wasn't expected. And that was before it got dark.

After dark, though, she had leveled off. He, though, continued his downward spiral. He was drunk on his ass. Or would have been if he had been able to fall down. But he didn't fall down. Too drunk to fall.

But lots of folks got drunk, so I'm not picking on him. This girl on the row in front of us was doing some sort of caveman dance. I don't think she meant too. And didn't start out that way. But as the night wore on, her dancing became a cross between the "Caveman" and "Girls Gone Wild."

Being old and worn out, I didn't stand up the whole show. I sat down from time to time, when I was able to see. That happened when those in front of me sat down.

In fact, the only people who never sat down once the whole night were the ones who were too drunk to stand. Doesn't seem possible, but it's true. 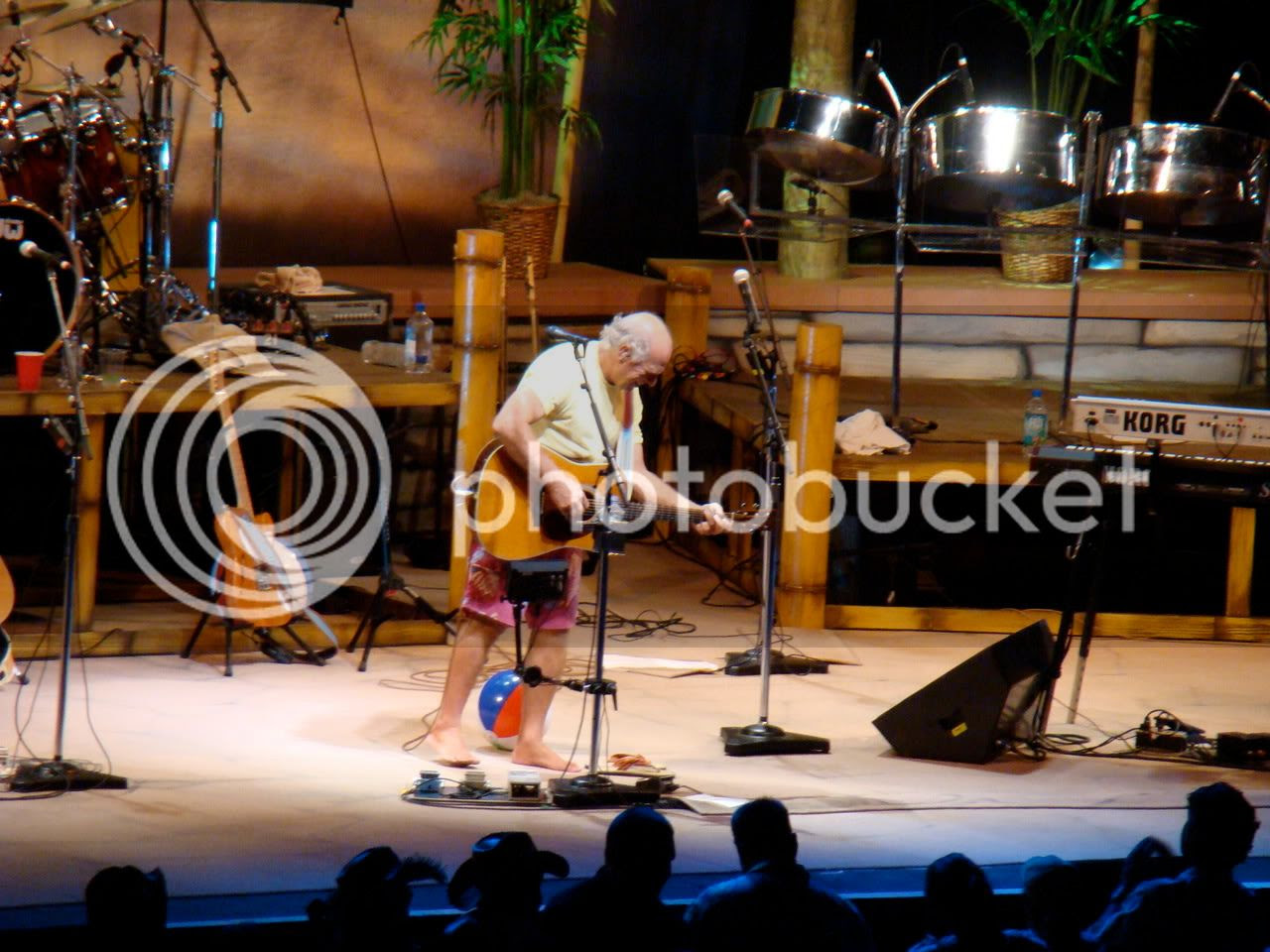 Buffett was great. He was funny, he was grateful, and he was having a good time.

And other 39,998 of God's Own Drunks that were there enjoyed the show.

Would I do it again?

Well, I wouldn't fly out of Atlanta, rent a car in Chicago, and drive to East Troy, Wisconsin, sit (or stand) through a 3-hour show, then drive back to Chicago, all in one day.

And, we are taking a few more days in Chicago before we head home. But all that in one day?

I'm getting too old for that.

It's Sunday night, and I'm still tired. Of course, we got up and went to a White Sox game today.