Senator Biden, thank you for coming in.

It's your pleasure, Sweetie.

Yeah, whatever. Good to see you.

We wanted to clear up a couple of things here on your resumé.

Alight, Sweet Cheeks, what can I explain for you? Did I use words that were too big?

We looked at what you put on your resumé, and were wondering about some things.

Yeah, whatever. What's your question?

You wrote that, like Senator Obama, you opposed the war in Iraq, but Congressional records show you voted to authorize military action in October 2002.

Yeah, whatever. Who are you gonna believe? Some chick? Or me, the smartest man in the United States Senate.

Joe, to be honest, I was against the war in Iraq from the beginning.

Yeah? Where were you in 2002? Sitting in the Illinois State Senate, that's where. You don't know jack about this issue, and you need someone ... you need me ... to help you out on this. I've actually done something more than given stirring speeches with no meaning. I've actually accomplished something. I'm telling you, Roger...

Yeah, whatever. I'm telling you, you need my help with this issue. McCain will eat your lunch on this issue without my help. I'm experienced, and I have the political balls to vote for something then turn around and oppose it without flinching. You NEED me.

Thank you, Senator. We also have another question...

Hey, Toots, why don't you run down the hall and get me a latte. You want anything, Sam?

Yeah, get me one of those, instead. That's a good girl.

It's okay, Caroline. Look, Joe, I'll have one of my staff get you a latte.

Now, Joe, Caroline had a question.

Sure thing there, Buckwheat. What's you question, Dearie?

You, um, said ... in 2007 ... of Senator Obama, and I quote, "you got the first mainstream African-American who is articulate and bright and clean and a nice-looking guy..."

Yeah, he is nice looking. If I was a chick and Colored, I'd be all over him. What's your problem with that? You like girls or something?

Sir, there are concerns about your sensitivity to minorities that ...

Look, Delaware is 74.5% White, compared to 80.1% of the U.S. as a whole. We've had to deal with Negroes and other kinds more than most of the country. So don't go saying I'm not sensitive to the problems that come with having those kind of people living in your midst.

Look, Joe, there are some serious concerns about this.

What's wrong? I called you "African-American." Isn't that what you people want to be called?

Actually, Joe, to tell you the truth, with the whole birth certificate thing going on right now, I'd rather you not even mention "African" or "Africa" or anything like that. The timing's all wrong.

Hey, I understand. No one can say Joe Biden isn't a team player.

Senator, you seem to have a history of taking credit for others' works and experiences.

You calling me a thief? Look, you might be cute in a sort of Jackie Onassis kind of way, but I draw the line when anyone accuses me of stealing.

Sir, you plagiarized a law review article for a paper you wrote in law school. Then, in 1987, you used, without attribution, several parts of a speech by a British politician...

That's not exactly true. Sure, I used some of the same ideas, but ... and you said it yourself ... he's British! They don't even speak the same language as we do.

... and there's a question regarding your resumé. Some have claimed that you've listed accomplishments that never occurred.

That's a load of crap, Missie. I've done all kinds of amazing things in my life.

Senator Biden, some of this stuff on your application for the vice-president slot ... Well, it is amazing.

It says here you graduated with three degrees from college. But you actually received a single B.A. in history and political science.

Uh, there's also your listing that you developed a cure for cancer, were the first man to walk on the moon, solved the Jack the Ripper murders, defeated Cornwallis at Yorktown, won the Battle of Britain, blew up the Death Star, and won the Academy Award.

You did all that? Cool! Can I be your vice president? 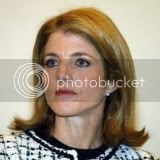 Uh, Senator? YOU are the nominee. And Senator Biden is asking to be YOUR running mate?

Oh, yeah, right. So, Joe, whaddaya say? Will you be my vice president?

Sir, are you really sure about this?