Got that Phase One down pat, don't ya, Sparky?

A Wisconsin man has been arrested for stealing over 50 pairs of panties (tip: Interested-Participant)...


Robert Remiker, 58, attended open houses in the 2300 block of North 62nd Street in Wauwatosa, as well as in Greenfield and Franklin. Realtors and other visitors to the Wauwatosa open house said they saw Remiker opening drawers and taking items. When he was stopped by police officers, they found plastic bags containing eight pairs of underwear and printouts of Internet listings for area open houses.

Remiker told officers he was taking the items because he missed his ex-wife. He said he had about 50 more pairs at the home he lived in with his parents.

What is he going to do with 50 pair of panties?

Make lots of money, of course.

He has Phase One down. 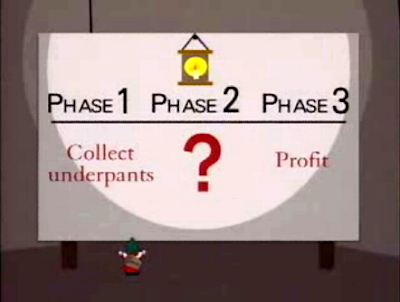