Took the circus to the zoo. In Montgomery with grandchildren. 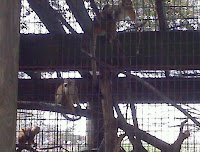 No, that's not the grandchildren. Although, at times, there are similarities.

While walking around the zoo, I decided to see if I could make others yawn. It worked. And, yes, I was bored at the time.

I discovered that zoo restroom are awful. Or, at least, the one I went into was. More people had marked territory there than animals in the habitat. Such animals! The people, I mean.

I did stop by the GOP Moderates exhibit at the zoo. 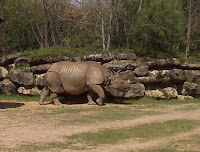 Overall, a fun day at the zoo.

You know, if Bush was still president, for Earth Hour, we'd have bombed the hell out of Jupiter.

Democrats are so bad at foreign policy because they don't believe there is any such thing as a foreigner.

One final thing... I heard ABC reporter David Kerley say "Tea Bag Movement" in a report. I even blogged about it. But, it seems that I'm the only one who seems to think it's worth mentioning. I mean, where's the outrage? Oh, well.