CNN reports that a magazine recently doctored some pictures of the president:

Washingtonian Magazine changed the color of the president's shorts and made a few other touch-ups, but media critic Howard Kurtz calls the small adjustments "unethical."

"While the alternations of this picture might seem to some people to be kind of minor, it is absolutely unethical," he said.

Our crack research team has found the original pictures. And, sure enough, the color of the president's shorts was changed. As were "a few other touch-ups." 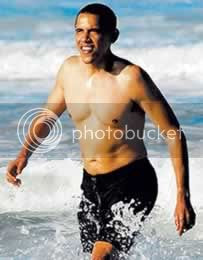 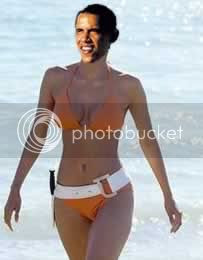