Why would Barack Obama be helping the Republican nominee for Senate in California?


"November is going to be tough. It is always a tough race if you're the incumbent in this kind of economic environment. Even though it is picking up, people are still hurting," Obama said on a campaign jaunt to raise money for California Senator Barbara Boxer, an ally who is in a tight race for re-election.

After the great job he did for Corzine, Coakley, Deeds... 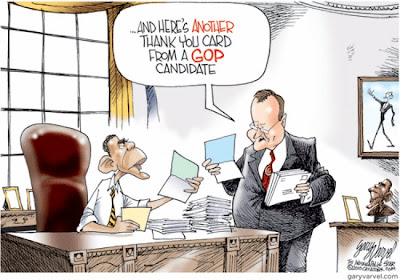