This weekend, the Blog Interviews continue. Today, it's a special blogger with a special cause: Holly Aho of Soldiers' Angel... 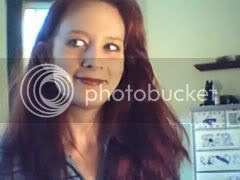 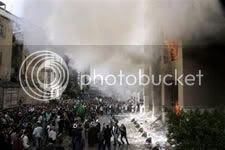 What is your favorite subject to paint?

What I love is vivid color and illusion. It's fun to create something so 3D it has the illusion of being real, and not just a painting. It's also fun to create something with color so vivid and intense that you just want to touch it, like velvety blues, shiny reds, and so on. I guess I don't have just one favorite subject, but I do have a favorite style, and that's to be unique and dazzle the eyes. (I'll let you know when I actually become successful at it...lol)

How many candles will you allow on your cake this year?

How did you hear about Soldiers' Angels and what inspired you to join? 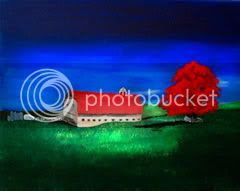 I found Soldiers Angels through an internet search. I was actually searching for ways to support injured soldiers in my area when I found SA. I had learned from a visit to our local VA Hospital that many soldiers never had a visitor. I immediately wanted to help change that by visiting them if I could. When I found SA and read that many deployed soldiers don't get mail I was shocked by that as well and joined SA to help.

Is there one special event or person that was the impetus for your work with Soldiers' Angel? 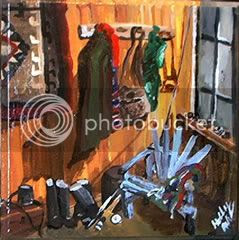 Kyle Anderson, the most heroic Marine I've ever met. Kyle was wounded in Iraq by an IED and was the very first soldier I visited at the hospital. We remain friends with him and his family to this day and he will forever be a superhero to me. Kyle showed me through his courage, determination and strength of character that our troops deserve our pride, appreciation and respect and that led me soon after to Soldiers Angels.

How did you get started in blogging?

It's the oddest thing. I started blogging after joining Soldiers Angels and adopting a few soldiers. Several of these soldiers had internet access and letters can take time to make it over there. I started a blog as a way to 'send them letters' and keep in touch. Since my blog posts were for the intended audience of my new friends I tended to post on all things I thought would interest them, as well as on topics that interested me ... the way a conversation between new friends might go.

I don't know what happened, but I guess other bloggers found my blog and recommended it to others. It just grew from there without much of a conscious decision to do so.

Do you think there are bloggers taking themselves too seriously? 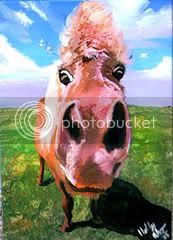 Not any that I've met. I've met a few that work harder to be a successful blogger than I ever have, but I'd have to say that blogging is a personal decision in style, content and amount of time spent on it. Some bloggers hope to blog as a full time job I guess, so I commend them for their dedication and hard work in accomplishing their goals. If you're going to do something, do your absolute best and give 100% or you're just wasting time.

From reading your blog, you have held some very interesting jobs, but none that I have seen you mention involve much about computers. Where did you pick up all of your technical knowledge? 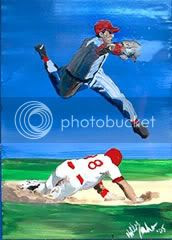 My father. When I was a kid he bought one of the first PCs, a HeathKit, which was literally a computer kit you put together at home. He bought computer programming books for kids and taught my brother and I to program and enjoy it. As the years went by we went through Apples, Commodores (64 on up) and so on.

What is your favorite blog (besides Basil)? 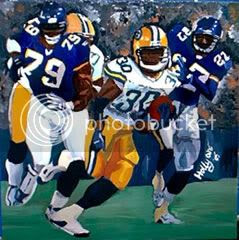 Oh definitely. That would be fantastic! I really would love to get a Bachelor degree in art, that's a dream of mine.

When did you start writing children's books?

When I was a kid in, all seriousness. I have bins of books I wrote as young as the age of 4. Bins filled with illustrations, poems and stories.

Is the kitchen still open for a girl? 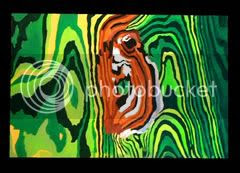 Oh heck yeah. I'm not much of a feminist I guess. Course what I'd really prefer is to be rich enough to have a household staff of cooks and maids...lol.

Which authors/stories are your favorite to read (children's or otherwise)? 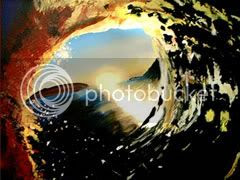 I'm a big reader, I always have a book in my hand. If I'm near the end of a book and need to go somewhere I'll bring 2, in case I get stuck somewhere and finish the first one. Don't want to be left with nothing to read! A few of my favorite authors are Dean Koontz and Robert Jordan. I also love Dan Brown and Anne Rice (even if she is weird). Robert Jordan's book series The Wheel of Time is so good I went through each of the series' thousand page books in 2-3 days. Just couldn't put them down. And I used to have every book ever written by Anne Rice, even her pen names, but a soldier on anysoldier.com was asking for Anne Rice books so I sent him the entire collection all at once. I hope he didn't mind the big box but it would do more good there than sitting on my bookshelf.

You mentioned on your blog that you have a son. Is he an angel, too? Is he still at the age when he thinks you are an angel, or have you turned into the devil yet? 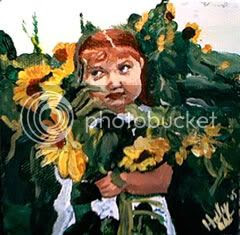 I have 4 sons, and they are all angels. My sons are ages 11, 6, 5 and 3 and I'm happy to say they are all sweethearts and I get daily doses of kisses and hugs from all of them. They're awesome kids and I'm so proud of them.

My favorite story on your blog from driving truck is the one about the Orpheum Theater, which is your favorite? 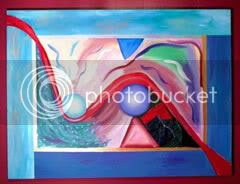 Boy, that's a tough one. I think my favorite that I've managed to post on my blog is Crazy Todd and Farmer Cleo. [link]

Usually the most interesting places I've seen weren't interesting because of their place on the map, but because of the delivery itself. I don't remember if I ever told this story on my blog, but once I made a delivery to a small warehouse and inside the dock was a small cage with a barred window and a man that filled the room sitting on a chair inside. A dim light bulb hung above his head and his shirt didn't meet his belt. As he checked out my paperwork a skinny hillbilly entered the room and proceeded to try and make a date for his large buddy with me. I couldn't leave fast enough. Delivering to the Mall of America as it was being built was interesting as well, seeing the underground tunnels and all that neat stuff.
As a former soldier, I appreciate all that Holly and the other Soldiers' Angels have done for our current fighting men and women. It was an honor and a priviledge to have her here today. We thank you, Holly, for agreeing to the interview.
By Basil at 2/11/2006 08:00:00 PM