This weekend, the interviews continue with Peakah of Peakah's Provocations... 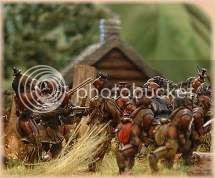 What is your favorote beer and can you send me a case?

My wife found a good slogan for Guinness although I don't think they'll buy it:
"It turns your sh!t black and makes ya fat."

I'm always down to share a case with ya! Name the time and place my man. 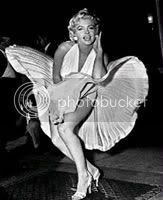 That straw hat you're wearing in your picture looks quite a bit like one Willie Nelson favors. Is there anything else in particular that Willie favors, like smoking marijuana, that you also favor? If not at this time, at some time in the past?

I've never been much of a Willie fan. I found this hat in a little hat shop in Honolulu last year... If we can get back there this year I'll have a new hat to show off. I like to collect hats... my favorite one is a foldaway bronco hat from Australia.

Ok, as for the mary jane, all I have to say is... I'll reefer to some Clintony-isms such as- I did not inhale. *rolling my eyes*

I grew up in a house in Upstate NY where my dad had a small plot of land in the backyard dedicated to growing the stuff. He always called it his 'medicine garden'. Despite this, I never tried the stuff until I was in college. So yeah, I've puff-puff-passed... but those were the ole days. *wink*

Assuming that you have all the money and resources necessary to build whatever you want, describe your "dream house".

Great question! I know exactly who would design the interior! Had my wife not settled down with me to have kids, she'd probably be a rich interior designer in northern California. She has an unbelievable sense of space and colors. I know she would design something very wide open so that it the house would seem more like one huge room rather than separating areas off from each other. (Which would give the boys and I a great space to throw the football around in, much to my wife's horror!)

Of course I would have my room tucked away somewhere complete with a bar and 9 foot pool table to host some billiard tournaments.

I have a nasty habit of constantly buying books and have no where to put them other than in boxes in the garage to protect them from little greasy kiddie fingers. A nice reading room with an expansive library would be a must.

I would also have to have my sports room with my big screen and huge leather chairs to watch football, baseball, basketball, golf, and hockey matches.

I'd also have to have an expansive grill pit in the backyard to further hone my grilling skills that will soon rival grill-master Bobby Flay. Also so I can host huge pig roasts each fall as football season starts.

Naturally it would sit on an obscenely huge parcel of rural land that would be up against either a river or lake providing some good private hunting and fishing grounds. Teaching my kids to hunt and fish, as well as clean game, would be a dream come true.

As for all the other details... Mrs. Peakah would have it covered for me. 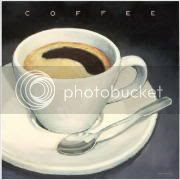 What kind of music do you listen to?

I listen to anything that takes skill to produce. My favorite music is played on the 'Singers and Standards' and 'Big Band' channels on digital radio. I like to have that on in the evenings when grilling out in the backyard or while doing homework with the boys.

Then-again there are times when I want to rock out and I'll blast some heavy metal or hard rock. Classic rock from the seventies is also one of my favorites.

Before I met my wife I never really listened to country music but when I heard her angelic voice belting out Martina McBride tunes, I was in love... so now I'm a huge country fan.

I even have a collection of hip hop from the late 80's and early 90's like De La Soul, Digable Planets, and of course the Beastie Boys which I love to jam every once in a while.

Do you have a favorite artist?

Right now it would have to be G Love and Special Sauce and Jack Johnson.

Do you have that crazed look on your face on a regular basis?

You know it. The funny thing about this picture (which my wife hates) is that I took it myself holding the camera over my head while looking into a mirror. So I'm looking at the camera in the mirror but it looks like I'm a bit cross-eyed. My wife begs me to change it to something that looks a bit more sane but I kind of like the picture... it adds intrigue... or insanity... or something like that.

What kind of music makes your skin crawl?

I can pretty much find the good in any music with the exception of crackhead gangsta rap. Not only does it make my skin crawl when I hear a little crackhead with his pants hanging down under his skinny butt booming that crap out of his lawnmower sounding rice burner, but it makes me want to roll over him with my Excursion.

What's the best thing about being a dad?

Wow, great question! I think the pride that swells in the depths of my heart and soul when one of my beautiful babies looks at me and tells me that they love me is the best part of being a dad. That unconditional love is what each of us lives for. The fact that my five babies (three of which beat some incredible odds upon difficult premature births) see me as their hero when in reality, they are my heroes, gives me a satisfaction that cannot be achieved through any other means.

How many Moonbats does it take to screw in a lightbulb?

They would all be looking at the light bulb while complaining that they are expected to screw it in themselves. Then they would go to the Democratic Underground or DailyKos and blame Bush for keeping them in the dark... besides, they'd prefer to live in the darkness of ignorance anyhow. Like roaches, they'd scatter when the light bulb would begin shining.

Peakah, You seem to know everyone on the web. How did you get so popular?

Oh, I'm definitely not by any means 'popular'. Spending the last year cruising other sites that I enjoy reading and leaving asinine comments tends to get people to cruise on over to my site. Gotta love linky-love and trackback madness as tactics to get people on your site. This question would be better posed to Basil, not me!

Naaa, blogging is just a hobby where I can speak my mind with out getting punched in the face. I like to write and have fun doing it. I'll just keep it at that.

I doubt I'll ever host ads, I want to keep my site just that... my site. There are times when I feel pressure to put something up for the sake of putting up a post. I can only assume that aspiring for blogger fame and fortune would only increase that pressure.

I don't do anything that a million other people aren't already doing. There's really nothing special about my site that's going to induce fame or especially fortune. It's just for fun.

If you were a tree, what kind of tree would you be?

Uhh... I guess this one. I saw these all over the Hawaiian Islands and thought they had a beautiful added dimension to it with it's spiraling branches. I don't know what they're called but they're strangely comforting. Sorry if I don't wax poetic on how I am like a tree by saying something like- I'm like a maple tree, hard on the outside, soft and sweet on the inside.

Any chance of reincarnating the Irish Pub theme, but with a faster load time?

I think so. I had Matthew of Liberty Just in Case working on it for me and he finished it but I owe him 50 bucks for doing it. He sent me the template back but I'm such a dunce when it comes to coding that I can't open it right to utilize it. If I wasn't so lazy I'd probably have it worked out by now... keep bugging me about it and it will reemerge.

How many bloggers have you met in real life, and how many of them will you out here?

None yet. I look forward to meeting those who show up at the BloggingMan 2007 tho. I'll be wearing my hat so y'all will know who I am!

Is there hair under that hat?

More than I'm used to. It's been a couple of months since my last haircut. I usually have it cut high and tight but I'm letting my thick and wavy brown locks grow out some. At least until someone accuses me of having a mullet, then it will be promptly shaved

If you leave Las Vegas by car, what time would you end up in Boston?

Hmmm... not sure. I know it took me about 33 straight hours to drive from Albuquerque, NM to Charlotte, NC to spend Thanksgiving with my dad a few years back.

My wife and I are contemplating doing an American tour hitting all the cities we have friends and family in and Boston would be on the list... as would Albuquerque, Tallahassee, Charlotte, NYC, Syracuse, Milwaukee, and Salt Lake City. So it would be a long long time.

Uhh, got me stumped there. Never been much of a WWF fan. All I know is that Chuck Liddell of the UFC would drop either of them with one right hand. Then again, any of the mixed martial arts fighters would romp on the WWF phonies.

A special thanks to Peakah for continuing with the interview, despite how busy he's been and how sick he's been. A real trooper!

Thanks for doing the interview. We learned something ... and had a blast!