Who are the Mythbusters?

"I reject your reality and substitute my own!"

...Between them more than 30 years special effects experience. They don't just tell the myths, they put them to the test!

"Jamie, we received lots of e-mails for this one. They ask about some of the myths surrounding Instapundit."

"Instapundit is the blogging name of Glenn Reynolds, the most evil man on earth that doesn't hold elected office."

"Putting puppies in blenders, killing hobos, worshiping Satan, promoting communism, dancing the robot ... the list goes on and on. And I don't know if we can cover all of these myths ... or if we even want to."

"I've got an idea. Let's get Kari to investigate these myths while we determine how much wood a woodchuck can chuck."

Build Team member Kari Byron doesn't like this assignment at all. But, being the trooper she is, she jumps right in. First, she builds a giant blender, large enough to put full-size dogs.

Only after she has it built does she realize she could have used a regular blender, since the myth deals with puppies, not full-grown canines.

Kari finishes blending puppies, finding that it's a messy job, especially if the lid comes off in mid-blend!

Blending puppies is messy, but plausible.

For the next myth, Kari elects to not murder a hobo, but instead to search the dumpster behind Glenn Reynolds' office. What she finds indicates that, again, a myth may be messy, but it's certainly plausible.

For the next myth, Kari has to pretend to practice Satanism, including dancing naked and lying across an altar during a Black Mass.

Meanwhile, Jamie and Adam are researching chipmunks. And are taking their task seriously.

Kari has finished dancing The Robot, and is on her way to a Politburo meeting. It looks like the myths about Glenn Reynolds may be true after all.

Later that day, Kari reports back to Adam with her findings... 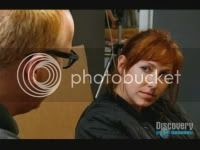 "Puppies in a blender, murdering hobos, worshiping Satan, practicing communism, dancing The Robot ... I did all these things ... and so does Glenn Reynolds."

"Well, Kari, I can see that it's possible for Glenn Reynolds to do all these things that you did today, but just because it's possible, doesn't mean it's so. We're going to call this one plausible." 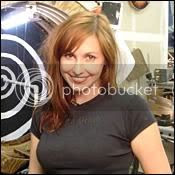 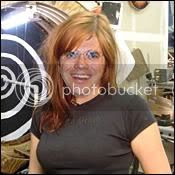