Today, we're happy to have Don Singleton taking our questions...

The questions are ready... 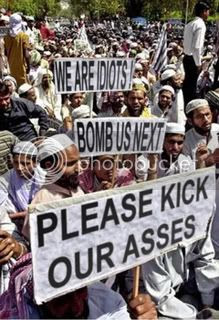 If you could get out of your house to meet a politician - who would it be?

There are always things that, in hindsight, I could have done better, but since we don't get "Do Overs" in this world, I just try to do better in the future.

Ever been told you resemble Santa?

Yes, a neighbor girl saw my beard and my large belly and asked if I was Santa. I told her I was just one of his helpers.

Have you always been a Republican?

Technically I am a registered Democrat. That is because in Oklahoma you have to decide a long time prior to the primarys which party to declare for, and I often find it better to vote in the Democratic Primary, to try to select the lesser of the two evils, rather than vote in Republican Primaries, which are usually pretty dull. In the final election I do not vote straight party tickets, but I will admit I am more likely to vote for the Republican candidate than the Democratic candidate.

Not sure what you mean. Certainly some days I am more prolific, i.e. generate more posts than on other days, but it is up to the readers to decide which are the better.

What is your favourite magazine?

I no longer subscribe to any magazines. I read a lot, but most of it is online, plus I read some books, but seldom read a magaine. When I was reading magazines, I guess PC Mag was my favorite.

Whether anyone can find an honest Democrat.

What is your favorite song?

Who is the greatest leader in the world in your lifetime?

I drank a few beers in Collage, but not nearly as much as my roommates.

Can't think of any

Can't think of any

Would you like to work on the Celestial Web Site

Are you making a difference?

I do what I can with what I have.

Do you really blog in your pajamas?

I blog in the same thing I sleep in, but it is Shorts and a T Shirt.

I have been to England, Netherlands, Greece, Italy, Israel, and Kenya but not France.

And if you are talking about the spoiled child in the Hilton family, or the Kidman broad, I can't stand either.

Is this deja vu all over again?

I have a cousin named Jeannie so I will go with that.

I watched both shows and enjoyed them equally.