Today, we're happy to have Rafi G (Life in Israel) with us for the interview... 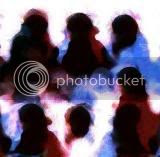 I always have enjoyed writing and until now I had no outlet other than the occassional "Letter to the Editor" or a letter of comkplaint to a government office or something like that. Blogging came fairly naturally as an outlet for writing and expression.

How popular or unpopular is your brother, Ali G, down there?

lol. My brother Ali (we have the same last name - G) is not that popular down here with the average Israeli. He is more popular with the Britons, as they are more familiar with him. I enjoy his routines, despite my not being from the UK, and find his style of humor and cultural commentary refreshing.

What do members of "the Tribe" do to such hip-hop apostates, anyhow?

We are witnessing a change in general culture. That can be seen by the multitudes of alternative Jewish rock groups that are wildly popular nowadays and are even more popular than some of the classical Jewish musicians. Ali G is another example of that diversity, and that is something we enjoy and embrace in this day and age.

My worst day is the day Blogger craps out on me after having written [what I considered] a brilliant and well-written post and loses everythign I wrote. After re-writing and publishing a few times with Blogger crapping out I gave up and the post was lost forever.

The next worse day is when I get "bloggers block" of sorts and cannot think of anything worth writing..

I love reading and have read lots of books by lots of authors and have enjoyed many (especially books written by Stephen King). However, the only book I constantly re-read, which I think is a fairly good litmus test of what is considered a persons favorite book, is The Bible (author: God).

This is a book full of history, intrigue, cultrue, sex, crime, murder, love, and every human emotion and action. there are always new lessons to be learned and new ways to look at old stories.

What is your least favorite song?

I am not big on music, so I do not really have a least favorite song. If I hear something I do not like, I just turn it off, or put something else on.

I do not think their are any leaders today who qualify for the adjective "great" to be applied to them. Their are some who can lead decently and there are some who are horrible. There are some with potential and there are plenty without. Most leaders today are concerned with their narrow interests and we do not really have leaders who are of the caliber of a Churchill or Roosevelt, or Eisenhower, or even a Clinton. Nobody is even at the caliber of a Bill Clinton.

Who is the greatest leader in the world in your lifetime?

I would say Bill Clinton so far has been the greatest leader during my lifetime. He had his faults and failings but as a leader he inspired tremendous confidence among his people and others around the world, and he accomplished a tremendous amount.

can't think of anything.. I never married my sister or lived in a trailer or anything like that...

juxtapose. don't know why, just like the way it sounds...

the doldrum of daily life.. just being in the daily routine is a turn-off. Occassionally something happens that breaks you out of it, but after a few days of routine, I am emotionally turned off.

construction, I think. Manual labor always appealed to me.

Make room for the new guy!

What do most Israelis think of the United States?

I think most Israelis think highly of the US. They look at the US as a successful capitalistic society that is worthy of being emulated.

What do most Israelis think of George Bush?

They used to love Dubya, when he was first elected. I think most Israelis have, since then, come to realize that he does not really know what he is doing and is more of a cowboy..

depends what you mean by "peace". We all want peace and pray for the day it will be possible. The only thing is peace has not just been elusive since 1967, or 19772 or even 1948. The Arabs were massacering Jews well before there was a state of Israel. There was conflict between Arabs and Jews for hundreds of years. Peace looks less possible today that ever before. I think the most we can hope for is quiet.

Thanks to Rafi G (Life in Israel) for taking the time today to answer our questions. We appreciate it.Tomorrow, it's Don Singleton taking our questions.
By Basil at 10/20/2006 09:00:00 PM