So You're From Africa?

I know I promised no more hospital stories.

Well, I didn't mean to. But I remembered this one.

When I was in the hospital earlier this week (dehydration from a stomach virus), I was in a semi-private room.

Which means I had a roommate.

Now, they moved me to a room a little after 2:00 AM. The reason? There were no rooms available until then. The room came open at 2:00 AM. Or that's what they said.

It was much later before I thought about why a room would come open at 2:00 AM. I can think of two reasons.

I didn't ask which it was.

Anyway, there was an older fellow (yes, older than me) in the room they put me in.

He was a conversationalist. 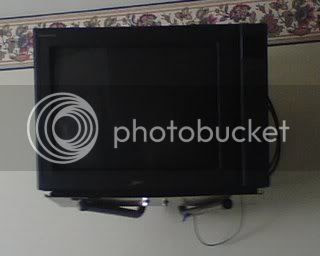 He spoke to the drapes, mostly. I base that on the fact that I could see his reflection in the TV. Not clearly, but I could see well enough (most of the time) to tell that he was looking at the drapes when he was talking.

He did answer most of the questions that the doctor, nurses, and attendants asked me.

The next morning, he got some personal attention. They fed him (I was still not being fed; stomach thing and all) and he asked "whatever happened to that big ol' boy y'all brought in last night?"

He went on to tell the attendants that he "didn't get any sleep last night ... because of the noise."

I can only assume he meant my snoring.

After breakfast, his wife came in. I assume it was his wife. Seemed like a nice lady. She only spoke ... let me remember ... oh, yeah ... zero words to me.

But she was there most of the day for him.

I left late in the day. Suppertime. She had gone over the supper menu two, three, twelve times with him. He seemed to want the lemon pie, but not much else.

But right at suppertime, they were releasing me.

That's when the chaplain came by.

He was ... well, I guess the best description would be ... an exchange chaplain. His name was Moses and he said he was from Africa.

We chatted a minute, and I thanked him for coming by. He was a nice, pleasant man.

Then he visited my "roommate." And Mrs. Roommate.

When they heard he was from Africa, they were all amazed and excited.

Mrs. Roommate had a question. After confirming that he indeed said he was from Africa, she mentioned "that's where Oprah's school is." She asked him, "You ever been there?"

The chaplain explained that Africa was a large place, a whole continent.

That's when my roommate got some more visitors.

Mrs. Roommate introduced the visitors to the chaplain, adding that "he's from Africa!"

Mrs. Visitor was amazed. "That's where [Brother Charlie] went on a mission trip."

To the chaplain: "Did you ever meet him?"

The chaplain asked, "Where was this?"

Mrs. Visitor reiterated, "He went to Africa. I was wonderin' if you'd met him."

The chaplain then changed his story slightly. He was now from Nigeria.

He continued his visit, talking about how much he enjoyed being in the U.S. but was looking forward to going back to Nigeria.