I waked up this morning and realized it was Wednesday. And I had gone and told Basil that I'd cover for him on Wednesdays. He must be sleeping in since he was up late last night.

He had gone over to the baseball game to watch his team play. And he weren't too happy afterwards. He was happy with how his team played, cause they played a good game, but wasn't happy with the final score, because they didn't win.

Basil goes to the baseball games. Me, I'm not much on going to baseball. I used to go over to the Braves games when they was in Atlanta, but since they moved to Turner Field, I hadn't been able to find them. I mean, look at a map of Georgia. It's got Atlanta on it. And that's the stadium they played in. But, they moved and I can't find no Turner Field on the map.

But that's okay. Cause I can watch them on TV sometimes. When the weather's clear, I can turn the TV antenna to point it in the direction of Atlanta and watch them on channel 17. Seems they still are on the Atlanta TV channels.

But, I'm ready for some real sports. None of this silly baseball stuff. I'm ready to pack up the car and head out for ... 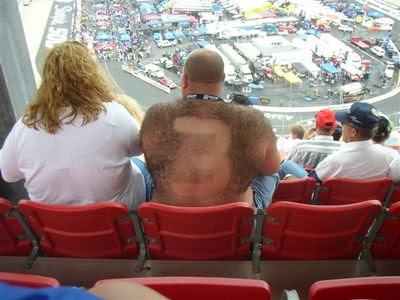