Ummm...I'm kinda late even for TJ's Supper.  Sorry guys...I've had severe writer's block lately, which leads me to believe that since I was invited to guest-post here, basil is either crazy or doesn't read my blog!  heehee

But I finally got something for y'all:  it's Tuesday, so as a hostess for this week's Cotillion carnival, I get to link-whore a bit!  Yippee!  So you can either read my part of the roundup (with the other parts hosted at annika's journal, Dr. Sanity, and Girl on the Right) at my site (yes!  great idea!) or...oh what the heck, I'll just post it here below the fold.

I’ve been kinda bookish lately and so with that, you get book
recommendations that relate to the ladies’ work–all of which is
spectacular, as you’ve come to expect!


Dr. Sanity takes a glimpse into the mind of a suicide bomber:

I wonder if in his religious ecstasy experience there is room for a consideration of the possible pain of his victims?

Probably not. The essence of religious ecstasy occurs when one’s Self is perfectly united
to the elusive omnipotent object of one’s infancy; and this fusion has
little room in the crowded psyche for the consideration of of those
outside the fusion. It is just one’s own pathetic little Self and God.

A must-read, she pulls no punches in this one!

Claire asks, “floating a balloon…or throwing a cow pie?”
to the former Mexican Foreign Minister Jorge Castaneda after
his–ahem–proposal (extortion attempt) on the issue of immigration and
terrorism. She calls it for the lead balloon that it is!

Uh huh… And what are ustedes willing to put on the table in return for popu-dumping on the US?

Ilyka Damen gives Molly Ivins credit for correcting her “mistake” (sure it was), but….

Good for her, but I’m more interested in what it says that she’d write a thing like that in the first place.

She knows why–inability to count isn’t the only reason why she doesn’t read Molly Ivins.

Stefania from Free Thoughts hits the bull’s eye at Tech Central Station that shines a light on Europe’s  Enemy Within:

The political culture of continental Europeans is one based
on the “politically correct” way to handle almost every aspect of daily
life. It is because of this attitude that Jihadists established their
headquarters in European cities and from there they declared war to the
continent.

Darleen notes Hillary Clinton’s transformation
into “Tipper” mode, in her obvious preparation for 2008–’cause yanno,
“it takes a village” to tell you how to raise your children.

Clinton (D-N.Y.), meanwhile, said she will introduce
legislation to help keep inappropriate video games out of the hands of
children, and has asked the Federal Trade Commission to investigate the
“Grand Theft Auto” game.

A Charlotte County man who decided to take a cool,
refreshing dip in the canal behind a house after mowing the lawn has
met his Maker, courtesy of a 400-pound alligator.
…
Lt. Steve Mevers, of the Florida Fish and Wildlife Conservation Commission says he intends to find out why it attacked the man.

Does a Fish and Wildlife official really need to ask?

Sexy Sadie, what have you done?  You laid it down for all to see… *
At Fistful of Fortnights, Sadie takes on the bad boys:

This bad boy is devastatingly charming, quite easy on the
eyes, and can momentarily convince a woman that she is indeed the
center of the universe. As such, he knows just how to sweep a woman off
for a romantic weekend getaway, yet he still manages to cavort with a
naked woman in his flat on Sunday afternoon. More typically, we’ll find
him flirting with our very appalled roommate while we finish getting
dressed for a night out.

Indeed.  Check out her take on bad boys and their eventual lack of appeal, and while you’re at it, see the other Demystifying Divas, as well.

At Feisty Repartee, Christina tells a story of her feisty wee one:

With great drama and ceremony, Wee One opened her purse,
pulled out the wallet, and extracted a neatly folded and rather crisp
bill.

Stunned, I asked her the obvious: “What is that?”

With even more theatrics, she unfolded it and said: “Well, there’s a one and a zero on it. That would be a ten to me.”

Sorry, Christina, that totally cracks me up. Remember, it’s better
to be a smartass than a dumbass! (At least that consoles me…) 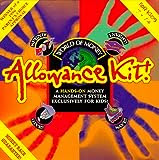 Lisa from Just A Girl, Elegant Webscapes (my site designer!!), Blogs About (my host!) and Right Voices
has been on vacation in Alabama recently! Unfortunately we didn’t get a
chance to get together–distance and weather precluded it. She shares some observations from her trip:

The men down here in the south are unusually pleasant. They
say things like.. “Excuse me Ma’am”.. then step to the side to let you
by… then “How are you today?” Me, being a city girl not used to nice
people…look at them like they are crazy outta their minds…I’m
immediately suspect and have to bite my tongue from replying with,
“What the hell are YOU lookin’ at, ya creep!”

I hear ya–I had to reacquaint myself with well-mannered people when
I moved back here from Washington DC; I had the SAME reaction. But this
is why I love living here!

Kellipundit has been on the road too, moving from Rhode Island to Louisiana, and is still “stranded,” waiting for her car after four weeks (!):

My advice: Pay a friend/Relative who’d appreciate a little
extra cash to fly up and drive your vehicle to you. They’ll appreciate
the money and you will maintain a little control over your vehicle.

Crystal is struggling with her own post-move situation as she looks for a job, and ponders blogging in the interim:

I am beginning to wonder if I don’t need to shut this blog down until I get a job.

Wait a minute–aren’t you working stiffs supposed to WORK–not blog–at
your jobs? Hmmm…here’s hoping a potential employer didn’t read THAT
one!

Last but most definitely not least,
Girl on the Right has been working to organize a letter-writing campaign for Canadian soldiers in Afghanistan, but has gotten nowhere through the Department of National Defence (DND).  Fortunately, she’s found Angels ‘n Camouflage:

So the Angels’n'Camouflage
stepped up the the plate, and are spreading the word via American
soldiers that they wish to adopt any Canadian service member who signs
up.

RightGirl’s a real angel herself, for making sure no one is forgotten!

Thanks to all the ladies of the Cotillion for your brilliant work!

[Cross-posted at MY VRWC and at the Cotillion]