Today's interview is with an above-average blogger who is striving for average. It's Tommy of Striving For Average...

Everyone is lined up to ask their questions... 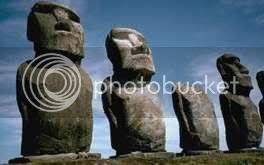 Tommy, how do you find all those great pictures you use?

A media center PC, a TV card and a cable connection. The real intent of the set up was to be able to have a beer and watch 5 different college football games at once, the ability to get the pictures as a result was discovered by accident.

What do you call those funny slide-show thingamabobs?

They are actually unnamed and funny slide-show thingamabobs works as well as picture-post-thingy as they're referred to in our house.

Where do you get your inspiration?

A certain amount of frustration over things that are obvious being rephrased in such a way as to make it sound informative and new. But mostly I steal it from WuzzaDem.

Are you average yet?

I believe we should periodically eliminate the bottom 25% so I'm not really worried about being average as I'm attempting to avoid being in the lower quarter. I'm not sure where I'm currently ranked, but it seems we've gone weak on the elimination part and maybe it doesn't matter. 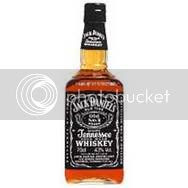 What are your hurricane preparedness plans for Kagnaszty?

If we have one here he's going to ride it out in the backyard. Our tornado plan involves tossing him in the pool so he's protected by a nice layer of water.

How much new do you watch, anyway?

Surprisingly enough I don't watch that much TV, I read most of my news. I do keep a watch for who is scheduled to appear on some shows and make a point of recording (and maybe even watching) if it looks like it might be entertaining.

Would you wear snakeskin boots to the beach or sneakers with a suit?

Well it was alligator boots, but with that minor exception I've done and recommend both. Sneakers with a suit are more common these days since I'm not much of a beach person, I've seen Jaws and I know what's in the water.

Well it's hardly striving, but I'm not sure how close I am, just that I'm not trying very hard.

No one has ever been able to prove that I actually killed them.

If I told you I'd have to kill you and I don't have any room left to hide your body.

You want me to call out people as D-list bloggers? Well I think FrankJ over at IMAO is pretty good. Seriously PeaceMoonbeam and Honestyrain can both consistently make me laugh. I'll stop at two or we may never get past this question.

What's the most embarrassing article of clothing you own?

A Juvat party suit and proud of it. You're jealous now aren't you?

God of War, God of Thunder, or God of Rock?

Have you ever set anything on fire just for fun?

Actually it's a fairly common occurrance around here, often the highlight of my day is lighting the grill.

Kagnaszty doesn't really exist, does he?

He does but despite the rumors he doesn't talk.

Are you secretly poisoning that Wuzzadem guy so you can get his mad blog hits?

If I poisoned him I'd have to go look for another source to steal my material. He hasn't sued me or sent a cease and desist letter so he's safe.

How'd you get conned into posting at The Blorg? You owe them money or something?

I wonder about that myself. If I owe them money I don't know about it. I don't have any money either so it's OK if I do. I wonder if I can work this posting to pay my bills with anyone else?

Who's your favorite rock star?

The Flintstones or the Jetsons?

Who's the sexiest old woman in the world?

Who's the oldest sexy woman in the world?

Ed Wood but do I have to stay all night?

Who's the most average President the U.S. has ever had?

It has to be Millard Fillmore doesnt' it? How can you be more average than to be the candidate of the Know Nothing Party?

Thank you for the interview. It was fun!