Today's interview is with one of my faves — Lyn Perry of Bloggin' Outloud...

What was the sooper-dooper secret mission that had you incognito for the past few months, and was it cut short because it was successful *yeah verily!* or because it was *sigh* a failure?

(waxing poetic) We all lead double lives ... let's call them blog and notblog. Which is the more real? (music fades) I'm not sure, but my blog life was interfering with a promotion run in my notblog life and since my notblog life is where I make money so that I can have a blog life, I had to step out of the blogosphere for a bit. *Yeah verily.* Thanks for asking.

Do you prefer beating a dead horse, a straw man or just... _blogging_ the question? *heh*

Hmm, since I have no idea what that question means, I will choose straw man for 1000 Alex, because it reminds me of a Scarecrow. I currently hail from Kansas, so anything to do with a character in the Wizard of Oz must be the right answer. Or did I just _blog_ the question?

Briefs by day; boxers by night. Nevertheless, I propose we do away with every California Boxer in Washington D.C.

Intelligent, biblical, musically interesting hymns AND choruses. The trouble is that the ratio is about 500:1.

Is the question, Do I prefer either one, or, What do I see when I look in the mirror? I will equivocate once again and say I admire both Picard and Worf and would follow both of them to where no man (or woman) has gone before. I won't tell you what I see in the mirror.

Books over movies for thoughtful discussion and intellectual stimulation (eg Narnia). Movies for thrill, passion, and inspiration (eg Braveheart). Although at times a story can succeed in either medium (eg LOTR).

As to the DVC - neither book or movie! I agree with your assessment. Brown made a lot of money polishing a turd. But the question remains: Why was it so popular? 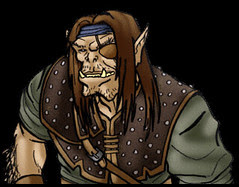 Why do you have a girl's name?

Anonymity. (cue mood music, wax poetic) We all lead double lives ... let's call them blog and notblog. Which is the more real? (record scratch) Er, sorry. But that's part of my answer. It's also short for something else, in fact, short for a boy's name, which I am, btw, last time I looked. I think it's funny when other bloggers think I'm a she.

He left the building before I realized he was the king.

As a member of the KGB, have you ever had to kill anyone? Also, how goes the search for the elusive "moose and squirrel"?

Of course, the KGB stands for the Kansas Guild of Bloggers, a weekly carnival for those who like all things flat. So, no, I've never killed anyone, but I have pruned dead wood off the KGB blogroll, told 'em to get out of Dodge and never come back!

As for that elusive moose and squirrel, Holy Smoke! Do you expect me to pull a rabbit out of my hat? Okay, watch. Oops, wrong hat.

Your being from Kansas and all, I think we all want to know: How many tornadoes does your house get swept up in in an average year, and have you ever been to Oz?

Tornados (either with or without an e) are definitely a reality in Kansas. Fortunately we've only had two touchdown near us in the past 10 years, but McConnell Air Force base was hit hard a few years before that. And since they call the post-tornado recreational facility there Emerald City, then yes, I have been to Oz.

Now that the monumental June 6, 2006 has pasted and since you didn't become a new parent on that date. Why are we still here?

We're not. We have transmorgified from notblog to blog and are living in a matrix of unreality. (long pause) What the heck am I talking about anyway? And the mystery date was July 6 not June 6. I just started blogging early because I got my promotion (as per the first question).

Are not or Are too!

If you didn't live where you live - where would you live?

I love Australia. Sydney has to be one of the most beautiful cities in the world. It's as American as Football, Meat Pies, Kangaroos, and Holden Cars.

Sean Hannity has some answers to that.

What is the best kind of coffee?

What possesses an otherwise sensible blogger to take an extended vacation from blogging? What impact do you think this had on the addicts who normally read your blog?

Again, thanks for asking (and noticing I was gone). Part of the answer (besides the busy-ness of my notblog life) was that I was getting addicted ... to the daily traffic numbers, referrer sources, positive comments, and my Technorati and TTLB rankings (I did become a Playful Primate for a short time, btw). So I had to stop for my health. And the health of those addicted to FBO.

What is it about blogging that keeps you coming back?

What is your favorite Summer Olympic event to watch? Same question: Winter Olympics?

Swimming (I was an NCAA Div III All American, so I watch with envy). The Winter Olympics are boring. Except naked luge.

What prompted you to change your template? (For the record, I like the new one better)

Thanks, I like it to. The reason? After taking a break and starting up again, I wanted something fresh yet with continuity. I used to do everything with Frontpage and upload it to AOL. That was a pain.

Should dogs wear clothing? Why or why not? What about cats?

Under no circumstances should dogs or cats wear clothing. I believe in the dignity of God's creatures.

If Kansas had decent custard stands, I'd vote for that. But in lieu of fine frozen custard, I'd have to pick chocolate chip cookie dough. Pedestrian, I know. But tasty!

How many different blogs do you read daily? Weekly?

Within any given week I regularly visit about 20 blogs for my health. And yes, you're on that list. I can only get to 2 or 3 every day though.

I'm assuming someone already asked "Why." So I'll ask: "Where"?

Comic book hero, it would have to be the Flash. Followed by Wonder Woman (the live Linda Carter version ... you have to remember, I was in Jr Hi when she busted onto the scene, if you know what I mean). 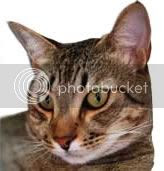 What new contests do you have planned?

Thinking about a Best Blogs of Summer Contest. Wanna help out and host a category?

Do you always blog outloud?

Yes. One is not crazy for blogging outloud to oneself. One is only crazy if one answers back. Quit referring to me as The One, I'm not Neo you know. Oh, sorry, you weren't supposed to hear that.

Couldn't you ya know, press the mute button or something?

If you only got to still bits from one blogger, who would it be?

You mean steal bits? I would never steal bits from any blog. My motto has always been, "Mei improbus Latin dictus."

If I said both, would that be big o' me?

Thanks to Lyn for agreeing to the interview ... and for Bloggin' Outloud.