Evry now an dthen, I get called upon to do some babysitting for family or folks i know.

Soemtimes its when an emergncy comes up and somebody's go to go to the hospital or the funeral home or the football game or something.

Most of the time, tho, it's when somebody is just tired of looking out for that little rugrat they brung into the world nine months after a druknen gropefest in the back of the Dodge.

Anyways, I work cheap. I don't ask them to pay ne mohthing. The only thing I wants in return is free run of the house.

That inlcudes the fridge, the cable tv (although some of the trailers my kinfolks live in has one of them satell satteell Direct TV dishes. /Them's great, too.

Oh, and the liquor cabinet.

Oh, and long distance. I might want to make a call to Monique or Kimberly or one of those other girls.

Cause I don't drink up al lthe liquor. I don't drop too many doritos or nachos on the couch while watching Direct TV,. And I always keep my calls under 30 minutes.

The onyly hassle i ever urn into is those little monstors that i'm babysitting.

They don't talk back much.

But them little ones can be a handfull.

Alway7s running aournd getting into teverything. Breaking stuff. Pulling the cat's tail. Knocking over the nahcos. things like that.

But i've found as long as i can get my hand on one of their play-toys and what I call my "babysitter's friend" then I'm good to go... 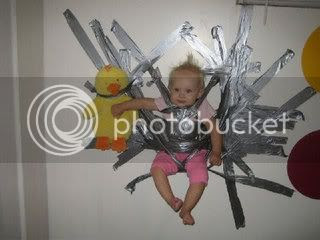