Here's a trivia question for you.

Who was the first homosexual character on television?

Some point to Ellen Degeneres' character Ellen Morgan on Ellen, which aired from 1994-1998.

Others remember Tony Randall's character Sidney Shore from Love, Sidney, which aired from 1981-1983. Other's say that, unlike Ellen, it was never explicitly stated that Sidney was homosexual.

Then there's Billy Crystal's character Jodie Dallas from Soap, which aired from 1977-1981. Of course, he was not a lead character.

Few remember Vincent Schiavelli's character Peter Panama from The Corner Bar, which was on the air in 1972 & 1973.

While not on U.S. television, John Inman played Wilberforce Clayborne Humphries on Are You Being Served?, which later aired on PBS in America. While John Inman is homosexual, there's nothing in the show that says that Mr. Humphries is. It certainly seems that it's implied ... or that other characters thought he was.

But one character precedes them all. And it's a character from a holiday classic.

What could that be? you ask. Keep reading...
Remember Rudolph the Red-Nosed Reindeer?

Of course you do.

It's that fun, family program that used to air every Christmas season on CBS. Our family looked forward to it.

But there was a question that I asked as a child, that never was fully answered: "Why was the girl doll a misfit?" 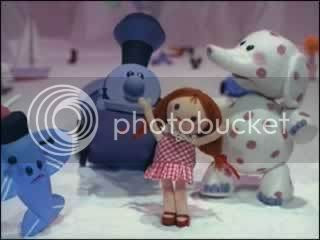 All the toys had something wrong with them.

There was, of course, the Charlie in the Box: 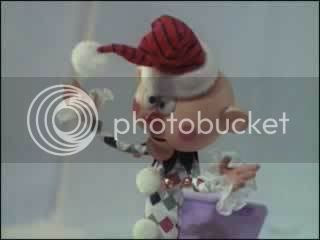 And the spotted elephant... 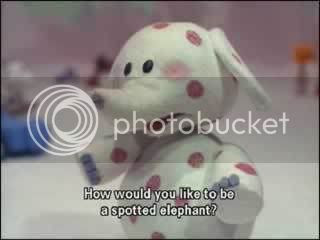 The choo-choo with square wheels on the caboose... 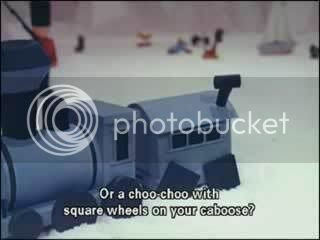 The water pistol that shoots jelly... 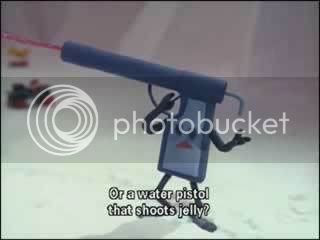 The bird that swims... 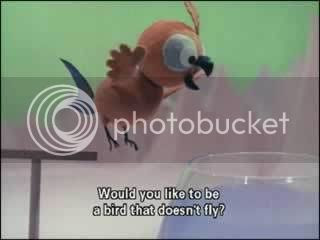 The cowboy that rides an ostrich... 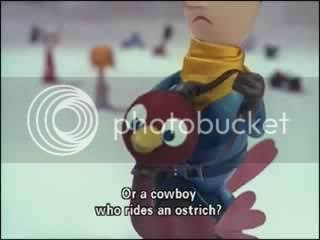 And the boat that doesn't float... 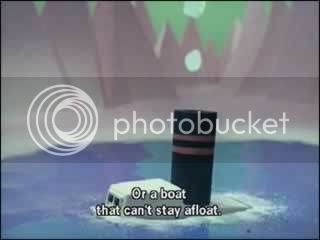 All of the things that make them different are obvious.

But what about that little doll?

Well, after all this time, it finally dawned on me.

Okay, Herman and Lily Munster did. As did Fred and Wilma Flintstone. And Mary Kay and Johnny back in the 1940s.

But with traditional couples generally not shown sleeping together ... and often not even having a toilet (*except for the Cleavers) ... a homosexual character certainly wouldn't be allowed. Not explicitly.

Anyway, I was watching Rudolph on DVD. And I'm often wont to turn on captioning. So I did. And that's when I saw it. 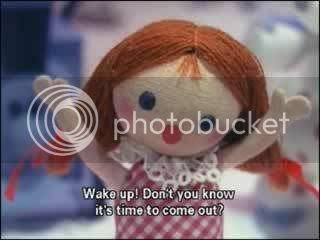 Well, now. It's obvious that they were trying to say the little red-headed doll was a misfit ... because she's a lesbian. Remember, this program is from 1964! Why didn't I see it before? It all makes sense now.

Oh, okay. I admit it. I'm making it all up. Oh, the captions are real. The little doll did say that. But this whole thing about her being a lesbian ... I'm making it up.

But if a crazy Marxist named Ron Everett can make up Kwanzaa in 1966, an idiot blogger (that'd be me) can make up a lesbian doll in 1964.

Hey, this isn't any crazier than some other stuff people make up.

At least I admit I'm making it all up.