Barack Obama keeps saying he inherited problems. And, the statistics show that, just maybe, he did.

Look at this graph from the Bureau of Labor. 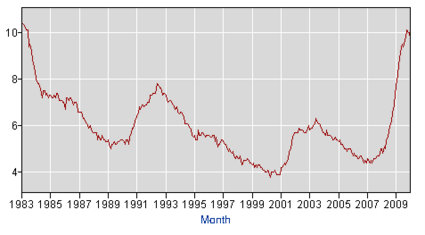 Notice that unemployment was on its way up before he took office. It looks like Obama did inherit rising unemployment.

But then, take the statistics from this source -- the Unites States Senate -- showing which party controlled the Senate, and apply it to that graphic.

What do you get? This: 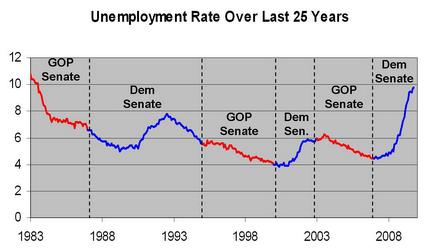 So, when you go to criticize Barack Obama for his dismal performance, keep in mind that it's not just his fault. It's the Democrats' fault.