Snow jobs ... and other news

Snow is in the forecast for Friday in Columbus. That's Columbus, Georgia.

Snow is proof of Global Warming. And that flood last summer? Proof we are in a drought.

This weather? It's Mother Nature's way of saying this Global Warming stuff is a snow job.

The more the country laughs at Obama, the less the press laughs with Gibbs.

MI'Sel says obesity is a threat to national security. So, McDonald's has WMDs?

If obesity is a national security threat due to military disqualification, why isn't homosexuality also a threat? For that matter, why aren't these also threats?

Iran isn't worried about being bombed back to the Stone Age. That's because it would only set them back about two weeks.

So now MARTA stands for Moving Asians Rapidly Through Atlanta?

Childhood obesity must hit home for MI'Sel. Is that's why her sweater buttons don't meet? 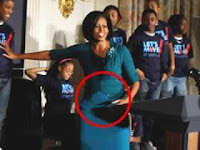 This whole obesity-national security thing is simply a prelude to turning GTMO into a fat camp.

At least they didn't say fat people are racist. But then, it's still early.

The Baptists may be released from Haiti soon. Now those 33 orphans can starve like the government wanted.