Today is my grandmother's birthday. Grandma (everybody calls her "Grandma") is 92.

For the last few years, the family has celebrated Grandma's birthday on a weekend, usually the weekend nearest to her birthday, unless there is a conflict with an FSU game. (Don't get me started about that!)

Anyway, the big party is this weekend. But the wife and I went last weekend. We had a surprise for her.

Now, this is related to all that. You'll see how in a minute.

You've seen this picture, right? The one at the top of this little blog:

Well, that's cropped from this picture: 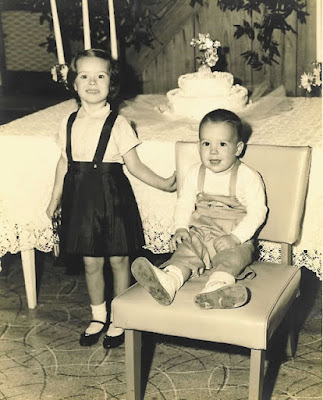 It was taken at this event: 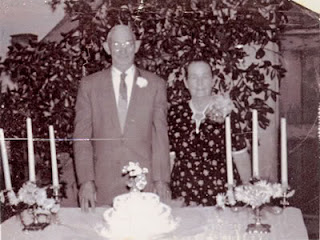 The 50th anniversary of my great-grandparents, Grandma's mother and father ("Ma" and "Pa").

See the greenery behind Ma and Pa? It's on the stairs. And the stairs are in their house.

And that ties in to our surprise for Grandma this past weekend.

In 1935, my great-grandparents leased a farm in Liberty County, Georgia, near Gum Branch. The farm included a house. A log cabin, actually, that was built in 1833. Yes, the house (log cabin) was 102 years old when they leased it.

Anyway, they farmed the place for 32 years, until my great-grandfather died in 1967. Then, my great-grandmother moved out and the house sat empty.

In the early 1970s, the land was sold and the state of Georgia bought the place. They took it apart and moved it to Oatland Island near Savannah. It's now part of Oatland Island Education Center, and it's used to teach students about life in the 1800s.

The last time I saw the place was 1967. Grandma was there to watch the old place be taken apart for reassembly on Oatland Island. She hasn't seen it since then.

Until this past weekend.

We asked her if she wanted to ride to Savannah. Since it's been years since she's been to Savannah, other than to see her doctor or visit people in the hospital, she said yes.

The wife told Pam Genrich, Summer Camp Director of the facility, who was coming to visit. Pam was ready for us and unlocked the place for Grandma. 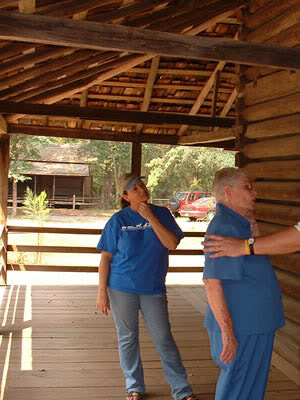 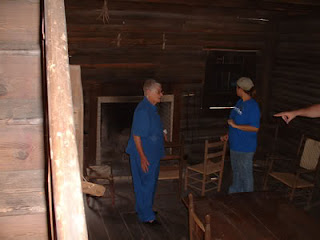 Remember those stairs in the pictures I mentioned earlier? 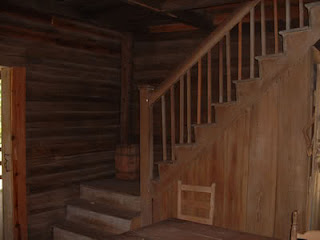 It's been a long time since Grandma was at that house. She used to go there a lot. 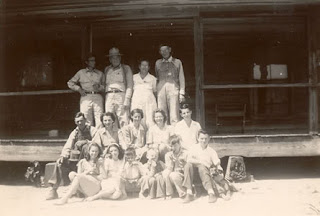 And now, she got a chance to see it again. 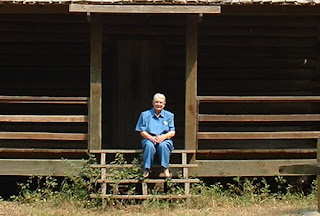