With the closing of the Alliance, we'll have no more assignments. No more Precision Guided Humor. No more Filthy Lies.

Today, we present our final Filthy Lie. And it helps explain how Evil Glenn became so ... evil. 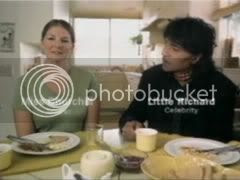 For our reading today, Mrs. Churchill will read from chapter twelve of "The Adventures of Tom Sawyer" by Mark Twain. To help her tell the story, we hired a celebrity.

Tom had become indifferent to persecution by this time. This phase filled the old lady's heart with consternation. This indifference must be broken up at any cost.

Gotta do somethin' 'bout that Tom!

Now she heard of Pain-killer for the first time. She ordered a lot at once. She tasted it and was filled with gratitude. It was simply fire in a liquid form. She dropped the water treatment and everything else, and pinned her faith to Pain-killer.

Aunt Polly got a plan!

She gave Tom a teaspoonful and watched with the deepest anxiety for the result. Her troubles were instantly at rest, her soul at peace again; for the "indifference" was broken up. The boy could not have shown a wilder, heartier interest, if she had built a fire under him.

Drugs to the rescue!

Tom felt that it was time to wake up; this sort of life might be romantic enough, in his blighted condition, but it was getting to have too little sentiment and too much distracting variety about it.

So he thought over various plans for relief, and finally hit pon that of professing to be fond of Pain-killer. He asked for it so often that he became a nuisance, and his aunt ended by telling him to help himself and quit bothering her.

If it had been Sid, she would have had no misgivings to alloy her delight; but since it was Tom, she watched the bottle clandestinely. She found that the medicine did really diminish, but it did not occur to her that the boy was mending the health of a crack in the sitting-room floor with it.

One day Tom was in the act of dosing the crack when his aunt's yellow cat came along, purring, eying the teaspoon avariciously, and begging for a taste. Tom said:

"Don't ask for it unless you want it, Peter."

But Peter signified that he did want it. 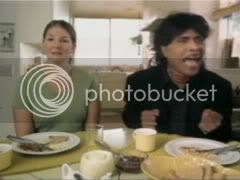 Find a puppy. Put it in a blender. Drink it up!*

Tom said: "You better make sure."

"Now you've asked for it, and I'll give it to you, because there ain't anything mean about me; but if you find you don't like it, you mustn't blame anybody but your own self."

Kill a hobo! Make him bleed!*

Peter was agreeable. So Tom pried his mouth open and poured down the Pain-killer.

Praise Satan! We worship you Satan!*

(sigh) Peter sprang a couple of yards in the air, and then delivered a war-whoop and set off round and round the room, banging against furniture, upsetting flower-pots, and making general havoc. Next he rose on his hind feet and pranced around, in a frenzy of enjoyment, with his head over his shoulder and his voice proclaiming his unappeasable happiness. Then he went tearing around the house again spreading chaos and destruction in his path.

Dance the Robot! Move and gyrate and express yourself!*

Aunt Polly entered in time to see him throw a few double summersets, deliver a final mighty hurrah, and sail through the open window, carrying the rest of the flower-pots with him. The old lady stood petrified with astonishment, peering over her glasses; ... 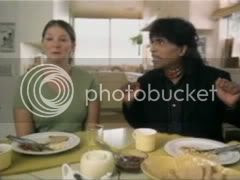 Um. This isn't working. Children, we're going to stop reading now. I think we'll go ahead and line up for lunch. 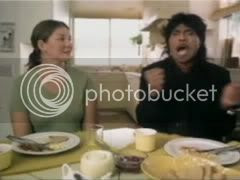 Well, that explains a lot, doesn't it?