Olah Chadasha and Oleh Yahshan (Greetings from the French Hill)

Today, it's a special treat to have with us the bloggers from Greetings from the French Hill: Olah Chadasha ... 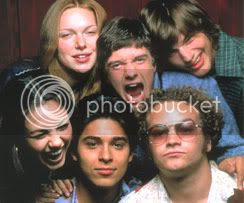 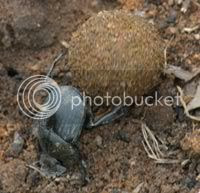 If you could talk to Olmert, Peretz, or any other member of the current administration, what would you ask or tell them?

That's a tough one. To sum it up, I think I would ask them, "Are you guys brain dead? Like, seriously, this must be the biggest brain fart in the history of man-kind."

At this point, I would not waste my time talking to them. I just hope that soon, we will not have to see their faces in politics ever again.

What type of coalition would you like to see in power after the next election?

I would like to see a right-wing coalition led by Avigdor Lieberman's Yisroel Beiteinu party.

I would like to see a right-wing coalition; hopefully with a new party structure and new election system.

What's your ideal type of get away or distraction from everyday drudgery?

Blogging, of course. Actually, reading is my biggest method of getting away for a bit even-though I read very serious stuff.

Is it weird knowing some other bloggers from real-life?

Sometimes. Mostly, the only time it's weird is when I read stuff that might relate to them or something from our collective past, and I know they might read it, and they might not be happy that I brought it up. It's happened, but it's my blog, so I have to stay real to myself.

No. I don't know any other bloggers from real life, so it's not an issue.

What are your favorite blogs and why? (Besides Jameel. J )

Hey, who said that The Muqata was one of my favorite blogs? ;-p I plead the 5th, on this one, on the grounds that I may incriminate myself.

Little Green Footballs, at the moment. It's a default.

How do you convince a spouse to start blogging?

I don't really have a favorite word.

Amir Peretz. Write it as one.

Who knows where thughts come from. They just appear.

Random sparks in the air that suddenly some-how get into my head, and that's when I say, "Oh! Now, I have a good reason to write".

Fuck, but I've been trying to really cut back on my swearing.

How in the world am I supposed to describe it by writing? I would describe it as the sound that's made if you blow on a baby's tummy.

The sound of the light going off right before I fall asleep.

Fingers down a chalk board.

The sound of the screaching brakes from cars coming down our road as they try to avoid running the stop sign into the traffic circle, at all hours of the night.

Those guys that clean up crime scenes after the investigators are done with it.

"You did the best you could."

"Welcome. You're here to stay."

You mentioned that comics made you laugh, but you didn't say which was your favorite series... or favorite super hero

Garfield is my favorite comics, along with Calvin and Hobbes. The Punisher is my favorite super hero, because he's not really a super hero in the traditional sense. I mean, he doesn't have super powers or super human strength. He's just a regular guy, but he's out seeking justice even-though he could really get hurt and really get killed. He's just like any of us.

My favorite comics are the same as my wife's. Also Dilbert, but I find it much funnier at work. I don't have a favorite super-hero. I like them all equally... Well, except for the losers. Spiderman, Superman, and Batman would rank as my top three.

With all the politics and wars going on, what do you look at in the news for relaxation?

Sports, especially hockey news. In case you have never read my blog, I love hockey above all other sports, and I am obsessed with the Detroit Red Wings.

Techy and geeky stuff. Like, what's going on new with google or firefox, stuff like that. I am a geek and proud of it.

Hmmm... I don't think I've had one yet. My best blogging days are when I have an idea to write about some topic, but it's not concrete when I start.

Then, I just start typing, and it takes on a mind of its own. When I'm done, I've come up with something really good and totally not what I thought it was going to be. To date, my best one was all the great feed-back I got after I posted the first part in my "The Soldiers" series; a video compilation in honor of and in tribute to the IDF soldiers of the Israel-Lebanon War.

Still working on it. When I get to that day, I'll let you know.

I would have to say my favorite book is a tie between Shakespeare's "Hamlet", and "The Letters Of Jonathan Netanyahu".

"The Lord Of The Rings"

Should I take this seriously? Hmmm... For me, the greatest mystery still exists from when I was a kid. I was sitting at the Friday Night table talking to my mom, and I asked her a question that I still think about some-times. It's two-fold. "What existed before the universe? Was there just nothing? I know G-d created the universe, but who created G-d? How did He come into being?"

Life, and my wife. I'm still trying to figure her out.

What is your favorite song?

I'm so cynical and jaded. I don't think there really is a great leader today, but if I had to choose some-one, I'd say President Bush.

I drove around once with my friends hanging out of the car.

I have no idea. That whole concept doesn't really exist in Israel. Thank god for that.

If you could ask one question of anyone in the world, who would you ask what?

This is a real serious question. Hmmm... I seriously don't know. There are a lot of questions I want to ask of a lot of people. Maybe, I'd go back in time to ask guys like the Apostles and Mohamad, "Why do you need to make hating and persecuting the Jews a requisite for following your religions? Why do you guys hate us so much? What did we ever do to you?"

I don't have a clue.