The panel has their questions ready... 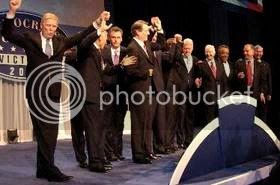 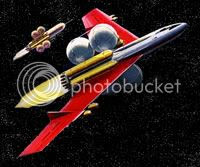 If you had to be a river in the world, which one would you be and why?

I would have to Say The Tennessee River. As a Vol fan I like it because it runs right by Neyland Stadium, goes down and pisses on Bama for a bit then comes back home to TN.

Why is Caption This your favorite blog? ;-)

Because no one can beat the kitten.

The Crystal Cave by Mary Stewart?

Your comments on the book?

I liked the book. It was one of a few about Arthur that I read. I had to read The Once and Future King, and if there's ever a book that never ends, that's it.

Do you own any sporks?

Not that I know of. The ones I used were plastic and sucked. 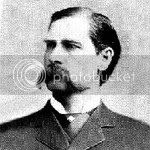 Was Hillary Clinton or Helen Thomas ever "hot?"

That's like asking if the pope ever worshiped Satan.

Do you think Darth Vader would have been a Democrat or a Republican?

Most Dems would say a Republican since he's the right arm to a dictator, but I pointed out that the far left Dems are actually the ones who follow that line.

Why do you call them the St. Louis Cardinals in your profile?... I could have sworn they moved...

That's Arizona ... and a totally different game ... But I must say they have a kick-ass stadium!

Which is your favorite super hero?

I would have to go with X-Men's Beast. And not the Kelsey Grammer version. The original Marvel Beast. He's frickin cool.

The Last Samurai... was it Tom Cruise or the story that you liked?

Story. Tom Cruise played a good samurai, but you can play a crappy character REALLY well, and the movie will still suck. You need the good story to make the character good.

Ooo ... I would have to say when my caption contest of Debbie Stabenow got linked on Michelle Malkin, and MSNBC. I loved the hits I got, but when you have to narrow 30 photoshopped pictures, and 33 comments down to the top 10 ... it's a little tough.

Near TTU there's a race track (that just closed) called Tennessee Motor Speedway. It's a little ¼ mi dirt track and my bud Stu B's and I dressed up like rednecks, put as trashy of a twang on our voice as we could muster, and filmed the raced. Stu even added a mullet hat. It was a blast. 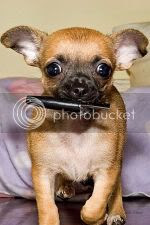 If you had a time machine, and could travel to any place or period for 24 hours, what kind of sandwich would you pack for the trip?

I'd give Mohammad a pulled pork sandwich, and tell him it was chicken.

Baseball. I played it from when I was 4 til I was 15, and I still join any softball league I can, just to get on the field. Football is fun for parties though.

College. Pro is too spread apart and the rivalries aren't nearly as huge. ESPN had a great commercial with an Ohio State fan making out with a Wolverines fan and the line "Without sports this wouldn't be disgusting," and it's true.

The designated hitter -- blasphemy or just a bad idea?

The DH adds a bit of balance to the game. I mean anytime in the NL you see the pitcher come up to the plate, you can about guarantee an out. The DH changes the dynamics of your defense.

Well, if I had to choose one alcoholic over another ... I'd have to go with Nicole. At least she hasn't filmed herself ...

That's like asking Arsenic or Ricin. You're gonna die after it either way, just one's worse than the other.

McDonald's or Burger King? Or Hardee's?

Arches. Hardee's had a good idea with the thick burgers, but they're like a whole day's calorie per bite, and BK just scares me. I don't want some dude in a mask standing next to my bed with a sandwich in the morning.

Why'd you let your brother beat your ass so bad?

What blog has the third cutest baby picture?

Ah, thank you, my good man. That was fun. We appreciate your taking the time to answer the questions ... and we thank everyone who asked the questions.

Tomorrow, we will interview Olah Chadasha and Oleh Yahshan of Greetings from the French Hill. You'll want to catch that interview, too.
By Basil at 9/08/2006 09:00:00 PM