This weekend, we have an unusual, but special, treat: Jack and Charmaine Yoest. Today, it's Jack Yoest...

The question panel is ready...

Who would you pick to run for our next President?

What was the first marathon you ever ran? 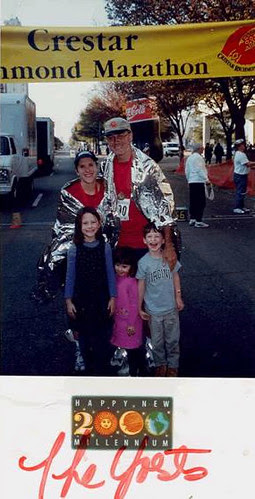 Charmaine and I first ran The Crestar (product placement) Richmond Marathon in November 1999. Actually, we ran the course for the marathon a few weeks before hand to see if we could do it. 26.2 miles is a long way to drive, let alone run.

Thank you for not asking our elapsed time.

Charmaine and I were joggers since high school. So we were looking to keep in shape. Expand our horizons! Reach a goal! And have a bullet point for our resumes.

Of what accomplishment are you most proud?

What is your favorite Cartoon and why?

Calvin and Hobbs. But what I love to look for are Dilbert cartoons. Especially those tacked up in clients' cubicles.

It has been established that the greater the number of Dilbert cartoons festooned about an office, the lower employee morale. Which means problems. And problems employ Your Business Blogger. And the converse holds: no Dilberts means high morale, means no problems means consultants have to look for real jobs.

So. Consultants: Look for Dilbert; and laugh...

Who was the greatest president of your lifetime? Of all time? 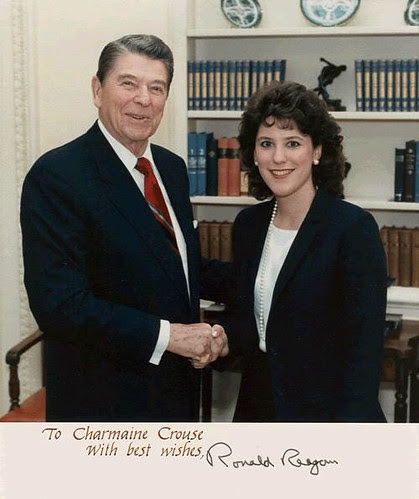 Lincoln for winning the Civil War

Coke. Was a life long habit. But Pepsi's CEO Indra Nooyi has made Coke a Patriotic Preference. Re: Digitus Impudicus.

Of the places you were stationed, where did you enjoy most?

Fort Knox. But I did very much enjoy temporary duty at Eglin AFB on the Florida panhandle ... in the dead of a November's winter.

Did you know it doesn't snow in Florida? Florida in Winter. A glimpse of Heaven.

I'd like to see the Siljander Constitutional Amendment enacted. Simply states that life is recognized not at birth, but at conception. Nice bright line.

Who has had the biggest influence on you?

Randy Yeager, Ph.D., My Greek and Sunday School teacher. He demanded that his students learn and test facts and theories for ourselves. Then come debate him, if you dare.

How did you and Charmaine meet?

Classified Ad. In my mate search I organized a social tennis group meeting on Wednesday nights. To check out the chicks. And placed ads in our local church bulletin. Charmaine showed. We wed. (I wish I still had one of those bulletins. Best ad copy I ever wrote.)

What is the best way to make money?

As a Free Agent as Dan Pink says. (He was a Gore speech writer; and, oddly, Dan and I have met and get along quite well.) The best security and best money on this side of eternity is working for yourself. A 1099'er. Or a sales rep on a commission structure. Do what you love and the money will follow. (I love to write and don't mind cat food.)

What is one book you'd recommend everyone read?

Full Disclosure: I have a blurb in the new edition.

Whom do you most identify with of the following: Ron White, Bill Engvall, Jeff Foxworthy, Larry the Cable Guy? And why?

Larry's the best model for business: Get 'er done!

Mary Ann. Ancient Jewish tradition says we should consider only women who are virtuous and industrious. Or is that Ginger? Hollywood is so confusing.

Jack, thank you so much for participating in the interview. We really appreciate it. Anything you'd like to say in closing?

I hope this writing has been as pleasing and instructive as Basil's Blog.
Again, a huge thank you to Jack Yoest for the interview! Tomorrow, it's Charmaine Yoest.
By Basil at 1/13/2006 08:00:00 PM