The Blog Interviews continue with one of my favorites: Vince Aut Morire ... 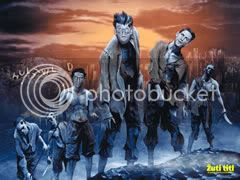 What does a heavily armed postal worker do to relieve stress? I mean besides harassing the wife and kids and chain-smoking. 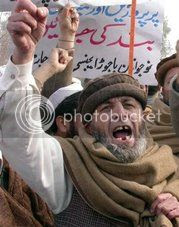 Would you consider foods that require minimal chewing superior to those that force the eater into the tedious chore of chewing in advance of digestion?

Neanderthals like me don't chew their food anyway. It's a non-issue.

Why on earth is Preston Taylor Holmes so insanely jealous of you?

I have a much larger "gun rack" than he does.

Who would you rather be, Indiana Jones or James Bond and why?

If you could lite a bag of crap on fire and leave it the doorstep of anyone in the world, who would you choose?

What's your secret for attracting the "special" breed of commenters you get on your own site, as well as mine and Rusty's?

I never waver in my convictions. I never equivocate, and, on my site at least, I'm never wrong.

Guiding Light ... or One Life To Live?

In your opinion what are the top 2 problems that we face as a nation today? What do you suggest be done about each of these things?

Illegal immigration and the tax code. Choke them both off.

How many toilets have you destroyed in your life?

Why does your lovely wife put up with you?

I can turn my tongue upside down.

Why are you such a freak?

You know what you look like to me, with your good bag and your cheap shoes? You look like a rube. A well scrubbed, hustling rube with a little taste. Good nutrition has given you some length of bone, but you're not more than one generation from poor white trash, are you, Agent Bedhead? And that accent you've tried so desperately to shed? Pure West Virginia. What's your father, dear? Is he a coal miner? Does he stink of the lamb? You know how quickly the boys found you... all those tedious sticky fumblings in the back seats of cars... while you could only dream of getting out... getting anywhere... getting all the way to the FBI.

Why did you switch from going by your real name to "Mad Dog Vinnie?" (heehee)

Preston did a link to me, and he called me Vince from Eric Aut Morire. John from Wuzzadem commented on Preston's post asking if he could finally call me Vinnie. Some jerkoff in an email to a friend of mine called me a "mad dog," so I ran with it. I've dropped the "mad dog" though.

Exactly how long have you been practicing Islam and what made you want to convert?

Have you always been such a soft-hearted romantic?

Ever since I was very young, and my mother got mad because we saw a couple walking on the sidewalk, and the guy was walking on the inside. She taught me that the man always walks on the outside of the sidewalk. In case it's wet and a car comes along, the guy will get wet.

Did your wife give you Schwetty Balls at Christmas?

No, she gave me a coupon for 10 minutes in a locked room with a taser gun, a pair of pliers, and a female blogger from Mobile AL. She likes to watch.

Ginger? Mary Ann? Or the Professor?

Thanks for agreeing to the interview! We really appreciate your taking the time to take the questions from all those that sent them in. We learned lots ... and had some fun.