Today, we're happy to have with us The Real Ugly American... 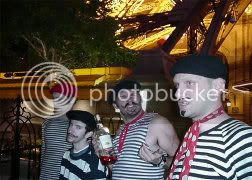 Are you now, or have you ever been, a participant in a MMORPG? How did you get the willpower to stop?

Wow who came up with this one? Yes I played Everquest otherwise known as "Evercrack" for 3 years. I freaking loved it. Particularly the social and political aspect of it. I met people through the game from all over the world and some of them are still friends today. I also liked the good guys vs the bad guys part. Not the NPC's (non player characters) but the asshole other players who thought it was fun to make other peoples gaming miserable.

I loved fighting against those guys and trying to treat people like I would if we were speaking face to face.

One aspect that creeped me out was the amount of people who left their spouses for people they met in the game. that was just a little too weird for me.

As for kicking the habit, I grew tired of it after a while, and just didn't have the time to waste playing anymore. Blogging seems like a much more productive habit to me.

How many moonbats does it take to screw in a lightbulb?

I give up how many?

If you could ask any one person any one question, and guarantee an honest response, who (and what) would you ask?

That is a tough question. I was going to try and come up with a clever answer but I don't have one.

What is your most humiliating blogging moment?

Not sure if it was humiliating but I really felt like a fool after conducting what I thought was a great interview with Hugh Hewitt and then realizing after I had hung up the phone that I had forgotten to turn on the tape recorder!

What is the best interview you've ever done, and why?

I really hate these questions where you have to single out a best moment. I have enjoyed them all because I interview people I am interested in learning more about and getting to know. If I had to choose (and I have changed my answer twice now while typing it out) I would say my interview with Sgt. Tim Boggs who is serving his second tour of duty in Iraq right now. We have since become friends and I just admire men like him and Buck Sargent, who represent the best qualities America has to offer. .

What goes on a cheeseburger?

Are you really ugly?

LOL I think 5 people asked this same question or somebody asked it several times. I didn't come up with the name as a reference to my looks but as a reference to the "the Ugly American" meme. It is just baloney. I get to travel abroad pretty regularly with my job and I like travelling whenever I can. I get to meet lots of Americans and other folks abroad. I never notice American being more rude than any other group of people. Every country has assholes. As for how I look, I would call myself average.

Do you take your blog all that serious? Or is it just a hobby for you? Or should I ask, "do you take blogging, in general, serious?"

I didn't at first, and until it makes money (likely never) it is just a hobby. However I do try to conduct myself professionally, and respectfully and avoid the name calling some bloggers on both sides are guilty of.

Particularly when I interview people. I don't want to give blogging a bad name.

As for the industry of blogging which is really what blogging is becoming I take it very seriously. Blogging represents the future of news reporting and public opinion sharing. There is no doubt in my mind about that.

Have you ever served in the military?

No I am a civilian. I did try to join the Air Force once in 1985. They turned me down because I was busted for smoking pot right after my 18th birthday.

The Marine, and Navy recruiter said they would be happy to have me but I wasn't interested.

What is your line of work?

I produce tradeshows and I love my job! My main responsibility is selling booth space, sponsorships, and advertising, but I am also very involved with the marketing, and operations. I have been very lucky to work on some of the biggest tradeshows in the world, and with some of the best people in the business.

How many blogs do you read per day?

It depends on the day. I am just putting together all of my favorites on Bloglines so I can scan the headlines faster and read the ones that interest me most that day. On average 15 - 20 a day. Sometimes as many as 30 or 40 some days when it's really busy just a couple. I try to find new blogs as often as possible.

I just read your BIO on your blog. You've lead quite an exciting/impressive (?) life, thus far. I don't really have a question here just wanted to say "good for you" and I can relate somewhat. But can't we all in some way shape or form?

Thank you. I don't know how exciting or impressive it's been but it has been fun.

But you have your pony tail hair framed and hanging on your wall? How long was it anyway?

You have no idea how upset I was for having to cut it off. My wife and I measured last night it was 33 inches long when I cut it. I was able to stuff the bottom of it in the back pocket of my levis.

Will you ever grow it back out?

Someday. I keep tryin to in my current job and my boss's keep making me cut it off. It is the one thing I hate about my job.

Again I hate picking one so here is a list of favorites: Judas Priest (they were the first damn it!), Iron Maiden, Metallica, Megadeath, Queensryche, Death Angel, Psychotic Waltz, Black Sabbath, Ozzy, Anthrax, lots and lots of others but those would top the list. For new bands I like Slipnot and System of a Down,

I love Led Zeppelin and Rush but I wouldn't call them metal.

Most bizarre place your band ever played?

hmmm bizarre? Best was the Whisky. Worst was the spirit, Bizzare I guess in a cool way was the Navy training center in San Diego. The sailors loved us!

Are you still in California?

Yup my wife and I live in a place called Canyon Lake now. Its about 80 miles north east of San Diego.

If I were a genie that would grant you one wish to change something physical in our world, what would it be?

who comes up with this stuff? I would hate to give a stupid answer to that particularly if it were real and would need a lot more time to think about it.

What is your favorite flower and why?

If your were allowed to converse with one person who is now dead, who would it be and what would the conversation be about?

I am just terrible at these questions. I have no idea.

Are you really ugly, or just unpleasant to look at?

hehe that depends on how mad I am.

Did you believe your mother when she said, "Keep doing that and your face will freeze that way?"

How fast do pit bulls run when they see you?

They don't I love Pit Bulls.

Is it true Zarqawi committed suicide when he saw your picture?

If you were British would you be merely plain?

If I were British I could be a dental model.

Do you buy pre-cracked mirrors to save on time?

You guys are killing me.

Can you make a Hezbollah missile fly backwards?

prolly living in a storage garrage for about two months. You didn't see that coming did you? 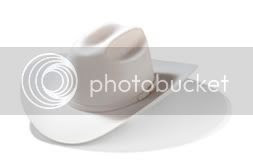 Just how ugly are you?

Ulglier than some, not as ugly as others.

Do you smoke cigars?

Sure, it's mostly political stuff because I am interested in that but I lived blogged the Rose Bowl and made a lot of fun of USC leading up to the game. I am chasing a formal NFL player for an interview right now.

Who's the best villain on TV?

A juicy rib eye every time.

Thanks for joining us today. We enjoyed this.