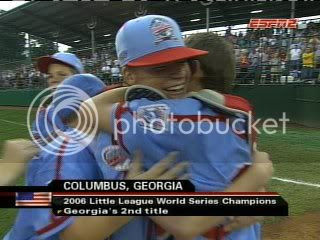 Kyle Carter pitched a complete game, giving up only three hits while striking out 11. For Northern it was their 21st win in 22 games of tournament play. Carter became the first pitcher in Little League World Series history to record four wins in a single Series.

The Japanese team was undefeated in post season play until they met Columbus.